Raf Simmons cost me five slips
Dat Goyard bag another fire strip
You in Detroit and see a Wraith, nigga that’s my shit
Would of pushed Rico’s shit back, I am not Mitch
Helluva made this beat, baby
Gettin’ money, why these niggas gettin’ mad?
Jump off the plane with a couple of M’s in the bag
If anybody play with me, it’s numbers on their head
We ain’t gon’ talk about it though, that’s the end of that

Trapping, I’m still into that
Address, I can send you that
So if my label drop me, I can still look like I rap
Know a couple of niggas living like they got platinum plaques (Aha)
All they doing is catching bags, sending out and sitting back (aha)
Rolls Presi’ on my wrist, I can afford that
Back in the day, I couldn’t even look toward that
When I was broke, I couldn’t even look toward the bitch
Now she suck my dick and don’t say shit when I record the bitch (catch that)
Been on the indictment list, tryna see the Forbes list
Went from playing with joysticks to out in traffic blowing sticks (Graa)
When your fans gets your name tatted, then you know you lit
Stank from my cologne, I’ma fuck her if she snort the drip (aha)
Promise my brother I’ma stack and get this paper right
But I’m spendin’ 60k a month just on everyday life
When you that bag, everybody wanna whirl it
Problems they got, they gon’ call you like you caused ’em
Fall up in the club, I can rain ’till it’s morning
Start in every game ’cause at practice, I’ve been balling (swish)
Heard a couple niggas wanna put me on my shit (what)
Tell ’em pull up with them sticks and let ’em hit, you better not miss, bitch

I know some crips, know some treetops
Name good, I ain’t never sold no re-rock
All these colors in my chain like a peacock
I let that.40 slang ’till it de-cock
Ridin’ through my old hood, with some new money
Blue money, they that mad? Tell ’em do something
Got three Tennis chains, and like two Presi’s
Three choppas, four Glocks, this shit too heavy

Key to the pad, key to the Rolls, key to the bag
I got the key to the streets, don’t get a key put on your ass
When I do that, you know them niggas gon’ knock you in half
Heavy cash load, got my back broke
Bitches on the East, and on the West Coast
Sent me pics and videos, you can’t get my passcode
Ten up in the motor, got the hood broke
Bitch, don’t get yo’ head painted, you gon’ look like Lil Boat (painted red)
Riding through Atlanta with my nigga Lil Boat (Lil Boat)
Niggas trailing us and you know what they good for
Bout to fly to Cali and look for that good dope
If you ’bout that life, then what you looking shook for?
Told my lil bro, I had to chase M’s
Fourty on me, all big face bills
In the back of the Mulsanne, letting the space build
If the police flip me with this Glock, I’ma face ten
I ain’t supposed to be the shooter
I’m on top, but I still let it spray like it’s 4 days into July
I’ve been running red light in my city, I know it’s hot
I’d rather take the ticket, niggas want my top
It’s so many opp’s

I know some crips, know some treetops
Name good, I ain’t never sold no re-rock
All these colors in my chain like a peacock
I let that.40 slang ’till it decock
Know some BD’s, I know some gangsta’s
Get outta line and they a spank ya
Know some Pirus, know some head-bangers
Know some sex, money, murder niggas that’ll paint ya 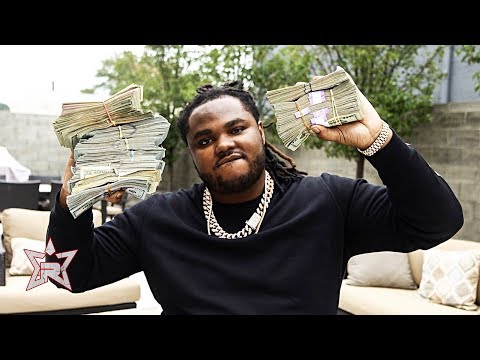