Uh, old niggas and new niggas, now what’s the difference?
All in the same boat in a stuck position
So when an old nigga talkin’ I don’t fuckin’ listen
They don’t know every day we make tough decisions
It seems though we is at a generational gap
Which bring conversation and a statement in fact
We can agree none of us is ‘posed to make it in rap
I understand both sides, let me break it in half
Let’s take it back when hip hop originated
And old niggas said it was wack, they couldn’t take it
And called it a little trend, said it wouldn’t last
Now it’s the number one genre as the time passed
Young niggas won’t listen and we know it
But old niggas always talk and never show it
You gotta practice what you preach and the classes that you teach
Will eventually listen, my mind mentally prison, uh
Lately all my idols they been failin’ me
Catchin’ sexual assaults and some felonies
Then you want me to listen what you tellin’ me
And wanna hate when we sing our little melodies
And other idols they be broke, get your funds in order
And Kanye West is a Trump supporter
Then we got R. Kelly and Bill Cosby
Who still probably got lil girls in the Hills lobby
And these supposed to be our heros? negro please
Old niggas unreliable like D-Rose knees
Only man I can trust is G-O-D
Not to mention Mos Def and Talib Kweli
Now I get it, y’all think new niggas really suck
And white kids fuckin’ love it, lil silly ducks
But I know it’s a lot of bullshit goin’ on, I understand
But please don’t complain without a plan
Ironically I wrote this whole song off a xan, nah I’m playin’
I’m just tryna be a fuckin’ man
We see you old niggas as a lot of clowns
Not to mention our father figures was not around
So we all on tours and we hoppin’ towns
We just need to sit down and find common ground
And it’s soon to come, soon to come
Hip hop need balance like the moon and sun
It feel good when I wear Christian Louboutins
So I gotta drop music to accrue some funds
And I get it, that’s the mindset that’s killin’ the rhyme-fest
But feedin’ our families, lowering the crime yet
You want us to be separate and make a contest
Rappin’ to stay up out the streets, shouldn’t mind that
Stayin’ out of prison and we sayin’ fuck the system man
Rappin’ is an outlet to go and get our dividends
Rather than out robbin’ niggas, sellin’ Ritalin
Old niggas bitter, y’all should love it when a nigga win
‘Cause we came from the same struggle like Diddy and Dame Russell
Was teachin’ and gained hustle, got rich, remained subtle
See I listen, see I listen
But Lil Dae-Dae water whippin’ in the kitchen
Ready to flip a pack and bring it back, no submission
Gotta just go attack Lil Pump when you’re dissin’
I understand both sides of the Ziploc
Y’all old niggas’ time is comin’ nigga, tick tock
I’ma still wear all my Gucci flip-flops
And the fuckin’ diamond chain with the big rocks
And I’ll be the greatest ever nigga, just watch
Cardi B got rich from Love & Hip Hop, haha 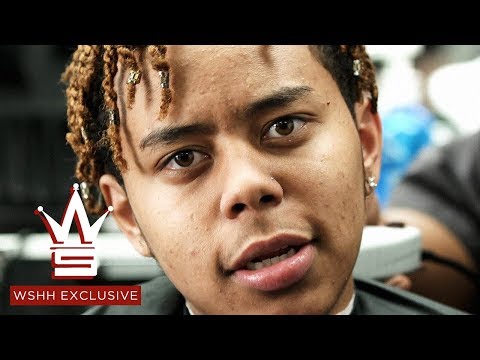 This song is a reply to J Coles 1985, he talks about old rappers being wack and understanding what J Cole was saying about new rappers popping xans and sipping lean. Cordae agrees with J Cole but is sick of hearing the older rappers talking down on the new and upcoming rappers.