Yeah, what’s your definition of success? (ayy!)
I don’t trust the thoughts that come inside my head (woo!)
I don’t trust this thing that beats inside my chest
Who I am and who I wanna be can not connect; why?
Don’t think I deserve it? You get no respect (woo!)
I just made a couple mil’, still not impressed
Let You Down goes triple platinum, yeah, okay, okay, I guess (ayy!)
Smile for a moment then these questions startin’ to fill my head, not again!
I push away the people that I love the most; why? (woo!)
I don’t want no one to know I’m vulnerable; why? (woo!)
That makes me feel weak and so uncomfortable; why? (ayy!)
Stop askin’ me questions, I just wanna feel alive
Until I die—this isn’t Nate’s flow (woo!)
Just let me rhyme; I’m in disguise
I’m a busy person, got no time for lies; one of a kind
They don’t see it; I pull out they eyes; I’m on the rise!
I’ve been doin’ this for most my life with no advice (woo!)
Take my chances, I just roll the dice, do what I like
As a kid, I was afraid of heights, put that aside
Now I’m here and they look so surprised, well so am I, woo!
They don’t invite me to the parties but I still arrive
Kick down the door and then I go inside
Give off that “I do not belong here” vibe
Then take the keys right off the counter, let’s go for a ride
Why do y’all look mortified? (ayy!)
I keep to myself, they think I’m sorta shy, organized
Let You Down’s the only song you’ve heard of? Well then you’re behind (woo!)
Story time; wish that I could think like Big Sean does, but I just can’t decide (aah!)
If I should stick my knife inside of Pennywise
I, I don’t care what anybody else thinks—lies (haha!)
I do not need nobody to help me—lies
I kinda feel guilty ’cause I’m wealthy; why?
I don’t understand, it’s got me questionin’ like, “Why?
Just tell me why”—now back to this flow
Inside I feel divided
Back when I ain’t had a dime, but had the drive
Back before I ever signed, I questioned life, like, “Who am I, man?” Woo!
Nothin’ to me’s ever good enough
I could be workin’ for twenty-four hours a day and think I never did enough
My life is a movie but there ain’t no tellin’ what you’re gonna see in my cinema (no!)
I wanna be great but I get it in the way of myself and I think about everything that I could never be
Why do I do it though? Ayy, yeah
Why you always lookin’ aggravated?
Not a choice, you know I had to make it
When they talk about the greatest, they gon’ probably never put us in the conversation
Like somethin’ then I gotta take it
Write somethin’ then I might erase it
I love it, then I really hate it
What’s the problem, Nathan? I don’t know!
I know I like to preach to always be yourself (yeah)
But my emotions make me feel like I am someone else
Me and pride had made a pact that we don’t need no help
Which feels like I’m at war inside myself but I forgot the shells
I hold my issues up for all to see, like show and tell
A lot of people know me, but, not a lot know me well
Hold my issues up for all to see, like show and tell
A lot of people know me, but, they don’t know me well 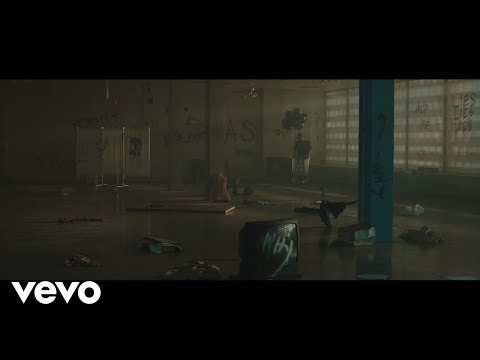