Someone might’a lit a fire inside the soul of me
Your shots just graze me, I’m standing, ain’t put a hole in me
I answer to no one, nobody can get control of me
MGK please stop trolling me, get over me
You wanna be me, you’re mad that you’re not as big as me
I’m everywhere, I’m your nightmare, you can’t get rid of me
Call a Uber, turn on the radio, imagine hearing me
Him & I’s on, mad you’re listening to Halsey sing to me
Can’t fuck with nobody with so much negative energy
A pillar in this game bruh, I’ll be here until infinity
Ask myself why am I entertaining a mini-me?
You’re so below my class, you’re reaching, you’re not offending me
I headline arenas, and all of my shits go platinum
You never seen a plaque and your last shit did thirty thousand
It’s not a competition, I’d hurt you if I start braggin’
Irrelevant in culture, no one gives a fuck about him
You got both of my numbers, all this time, you never called the boy
I’m headlining, heard you opening up for Fall Out Boy
Don’t play with my name, you fucker, I said it’s not a toy
Disrespect her again, I’ll smack you, I’m not a boy
Opened up my savage, usually I don’t do this shit
I don’t got too much time, let’s be honest, and let’s get to this shit
Your last joint was six years ago
It’s a miracle that Flex found you worth-it enough, to even hear you flow
But I guess you both might have something in common though
You got your spot tooken from you, you’re mad about it so
Yeah, that’s why it might sting, but I’m the fucking hive
Breakfast Club at 105, it’s keeping New York’s shit alive
We did like 30 shows together out in Europe
You mugged me but you never spoke, you never tried to square up
Until that night in Finland, I said we got shit to clear up
You got sentimental and you almost start to tear up
You told me how you fucked with me, and you ain’t have no problems
I said it’s all love, whatever happened we forgot it
And then you flip flopped and all year talkin’ ’bout me
You talked behind my back, this whole time you never called me
So why you actin’ extra tough?
Keep it lit it’s just a bluff
Why’s it me and not you that’s sittin’ ringside next to Puff?
I ain’t want to bring this up, but respect to the OG
But don’t ever cross the line again, fuck, you don’t know me
Honestly what’s up with you?
This behavior is nothing new
Jealous, actin’ petty, I guess I make you uncomfortable
Bad Boy treats you like a family you’re adopted to
You’re signed to him, tell me why doesn’t Puff fuck with you
Numbers don’t lie, I don’t either, hear your bullshit through the speaker
You are such a fucking joke, I ain’t want to do this either
You must hate yourself, I don’t understand your issue
Ironic this what’s happening the night that Eminem dissed you
Fuck you, bitch 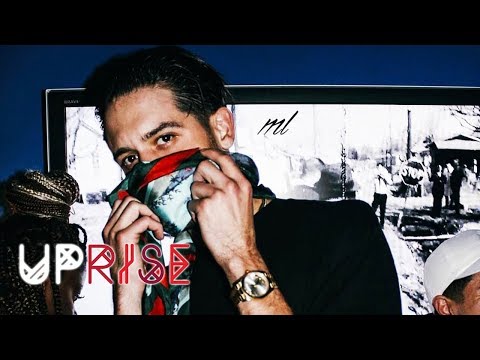