[Verse]:
The magic is black
Backyard happy and fertile
For Kasso the acid king of the black circle
Same year Bowie dropped two horns, hatched and matured
To gore north ports eighty-four
Here is ’84, Mary Lou Retton, Excitebike, AIDS, Jeopardy
Wake up the oh well in me
Crack rock anyway, seventeen summers and developing
Would it be the middle school or ketamine, guess
Left home in the dark to curl up in a bear hug in Suffolk county’s arms
With a bevy of heavy metal records and leather bibles
More Anton LaVey than Saint Michael
More Sherm and a fort on bricks behind Midas
Fly with the pentagram pilots
Sabbath and Judas and all tunes Prudence
Seems tame now, but then it was devil music
Rick six, the nickname clicks
Makeshift altar in a clearing in the sticks
Forfeit a kitten by the forks from the kitchen
By Norsemen who drew the same symbols
Pitchforks waving at a grand theft four by four support system, alas
Angus on the axe in the back
Foreground offering a pitch dark animal corpse and backyard black mass
In a brash curiosity out for grave robbery
To pump and pluck skulls at a cemetery property
Cops cuff him and stuff him in Amityville Asylum
It’s fantasy island but know his lines at the time
South Oaks but focus on the environment
And how it couldn’t loosen a lucifer and his client, it would flee
Pale moon, pale horse howling death
And LSD to make it mean more than it meant
Pay attention, here’s where the whole thing sours
It goes from intrigue into wowzers
At a party, a passed out drunk Kasso gets got for ten bags of dust
Now it’s not a big town, and people are big mouths
So he fishes around ’til he figures it out
Gary Lauwers, seventeen years young, you have no idea what you’ve done
Track him down, beat him piss, he got five bags back, still owes him fifty
Oh Ricky, Ricky, do we hound him for loot, or show him how the hellbound do
Kasso waives all debts, says “Let’s just go and get baked instead”
Two shake hands and the beef play dead
Though it’s more like a skeeter shaking a web
And along came a spider with two of his friends
It was into the woods, a delusional mess
Four kids dipped in a black hole bath
June 16, Kasso snaps
Off guard Gary tackled and pinned
Sees Rick pull a knife from his jacket and grin
Raise that knife like a sword to the moon
Plunge that knife through a portrait of youth, going
“Say you love Satan, say you love Satan”
Lauwers ain’t say it, just cave to the face lift
Thirty-two stab wounds, gouged out eyes
Burns on his skin, not a cloud in the sky
Kasso had later explained he was told by Satan himself in the form of a crow
To murder the kid cold, part of a pristine whole
No, no, no, no, no
Just had to brag, until somebody sad just had to rat
Sat in the cell is a merchant of hate, who would hang from a sheet before the third day
Some say Kasso was part of a cult, but I’m sure there was more than we’re told
More than adults and authority could rightly decode
Or maybe I’m wrong and he’s finally home
Kasso 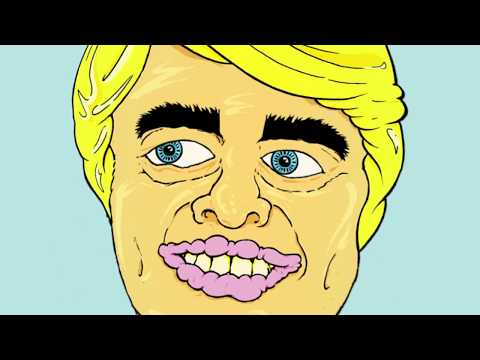