All of my… all of my life I been chasing a check and I never get it
Been around it, seen it, never had it
Mama, daddy, whole family, broke family
I’ma get it, told ’em I’ll fuckin’ handle it and murder the game so the service candle lit
Emergency lane and I’m swerving, damaging the whip, but shit, fuck it, I’m fucking vanishing
Had to get out of Atlanta for a little minute, you know that there’s madness in the fucking city
I thought it was love here, I thought I was good, I’m stuck in the mud here
I’m looking for drugs, I’m looking for big butts with the good hair
Or a ten-piece hot lemon pepper sprinkled, fries crinkled, that’s the lingo
If that’s your girlfriend, she acting single
I caught the pass like I’m Ochocinco
I hit the gas down ocho cinco, like 85
It’s like 8 or 9 ‘o clock
My nine cocked
If you on my guap, I won’t stop ’til that boy go pop
They won’t stop ’til they boy like Pac
They just pop ’til they brain fall out (damn)
They never know what I be talking about
I only do it ’cause they never really talking about it, bout, bout it
Turn the music louder, louder
How the fuck did anyone assume the God, the Son, the Son the God
Runnin’ from the money
Bleed the blood just like the money, its not Jumanji
I’m the doom that damned the dungeon
I’m the spoon that fed the hungry
Stand for something, fall for nothing, all or nothing
Y’all niggas balling, huh?
Just to find out that shit is all for nothing

Ok, everybody rich, everybody straight, yeah, everybody ballin’
I never had shit, mind over matter, outside, I can’t call it
All my niggas finna get a job, or they already got it
Couple trapping, couple catching bodies
Please don’t come to East Atlanta, shawty, with your bullshit and your flex cap tryna’ jugg shit
Nah nigga, you’se a good lick, be a good guy, you a good kid
Never really understood this, but it’s probably not for me to understand
I just played the cards I was fucking handed and dealt with it like a fucking man
You my nigga then, you my nigga then, then we stick together like we Huck and Finn
We gon’ get the chicken while we fucking hens
Don’t let any nigga come fuck up the plan
If we gotta ride well then fuck it then, if a nigga die, it got out of hand
If I touch the sky then my other guys recognize, must avenge
Jeopardize, I publicize, justified, when we busted in
Were you terrified, was it televised when them rebel guys started busting heads over what a nigga said or do to J.I.D
These the crazy niggas that I grew up with in the shady city that I grew up in
They ain’t doing shit, but they doing shit

Hasta luego, I gotta get up away from here
Hoping that somebody pray for me, telling you it’ll mean everything
Everything you know what I mean
There’s no working no emergency
I don’t wanna be a burden, yeah
I just really hope you love a nigga when he’s hurting 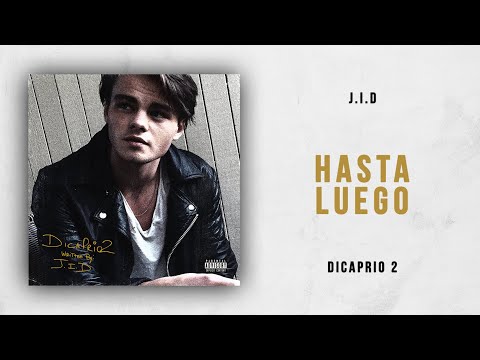