All the youngins in my hood popping percs now
Gettin’ high they get by, it’s gettin’ worse now
You gotta tell ’em put them guns and the percs down
Them new jails got ten yards in ’em and that’s your first down, uh
And I ain’t come here to preach
I just had to say somethin’ ’cause I’m the one with the reach
Youngin’ gotta quarter ounce, he tryna turn into Meech
Ain’t had no daddy, he’s had to learn from the streets
I used to be a honor roll student, damn
Then I turned to a beast
The first time I seen a nigga get some blood on his sneaks
He had on Air Max 93s but was slumped in the street
His mama cryin’, that there’s a sign to me, oh Lord
The shit I’m doin’ for my hood I won’t get an Award
I used to sell Reggie, damn how’ I get to the Forbes
I take a shot if I miss I’m gettin’ on boards
Ain’t quittin’ no more, like give me some more
We went Old Navy it felt like Christian Dior
Was dead broke but rich in soul, was we really that poor?
Was we really that dumb? ‘Cause we carry a gun
And every nigga in my neighborhood carryin’ one
‘Cause we had nightmares of our mamas got to bury her son
I’m speakin’ to you as a prophet as rare as they come, uh
Gunshots sound like music hangin’ out the Buick
Why you wanna be a shooter?
Mama told me not to do it but I did it
Now I’m locked up in a prison
Callin’ mama like I shouldn’t have did it
Watch my dream shatter in an instant
I’m on a visit posin’ for the picture
Like I’m going for my prom or somethin’
Like I ain’t facing time or somethin’
Ride for these niggas like that shit ain’t hurt my mom or somethin’
Only one gon’ get me commissary or even buy me somethin’
When it all fall down
I can call y’all now
Even if I hit your phone
That won’t get me home
Seen so many different times , these niggas did me wrong
Shit that’s the reason that I did this song

Shit we was kids used to play on the step
A couple years later we flirtin’ with the angel of death
I was eleven years old, I got my hands on the Tec
When I first touched it that shit gave me a rush
My homie’s dying I’m like “Maybe we next”
That just made me a threat
Knowin’ the niggas smoke my daddy it just made me upset
Made me a man shit I was five when God gave me my test
Go to court with a court apointed and he won’t say object
Now it’s you against the state and you ain’t got no cake
Jail overpopulated they ain’t got no space
I know a youngin’ that got murked ain’t get to drive no Wraith
But he in hearse on the way to church, I know his mom gon’ faint
When she smell like embalment fluid, cologne all on her baby
Pastor said he sendin’ you home, she goin’ crazy
When they drop that casket all in the ground, who gon’ save me?
How could you blame me? When I’m tryna stay alive and just survive and beat them odds when niggas die by twenty-five
When I stop fearin’ for my life, when I decide to change my mind And stop tokin’
Tryna smoke the pain away, they lock us up for smoking
Put ’em on probation, lock you up if you ain’t perfect
Victims of the system like a rain drop in the ocean
They closin’ all the schools and all the prisons gettin’ open

Yeah
See comin’ from where I come from
We had to beat the streets
Beat the system, beat racism, beat poverty
And now we made it through all that we at the championship 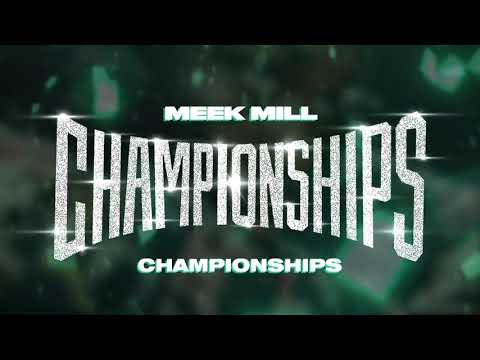