[Don Q]
This where we separate
The boys from the men
I’m not Joyner
I am not Joyner
You niggas really got me fucked up
It’s ’bout to get real spooky
Real real real spooky, you feel me?
We ain’t even gon’ play with you not one bit, you feel me?
I thought about lettin’ you live a little bit
But you gave me the gun, nigga
You told me to shoot you in the fuckin’ head, nigga
I guess you thought I would jam up or something
This clip unlimited, nigga
Shit don’t stop with me
Yeah (Bitch)

[Don Q]
This is when it gets spicy, you went to Funk Flex
And started spittin’ just like me, speak up if I’m lyin’
You told me that you watched my freestyle hundreds of times
Guess that’s why you sound like me in a couple of lines (Yeah)
You said memories don’t die, my memory don’t lie
You literally went up there and mimicked me the whole time
Puttin’ niggas on the list, you tell the world it’s false
But when I seen you backstage you admitted to the shit
Perfect example of nigga tryna work up a scandal
You ain’t never played the first with the samples
Turnin’ yay to rock since ‘Ye was on the Roc workin’ with samples
Pick the wrong person to amp you in front of this audience
Now let’s get more intense, hollows is stuffed in the 40 clip
Oh Tory rich? I’ll line the kid up like Tori Brixx
I ain’t none of these backpack rap cats you been goin’ against
Put money I’ll back smack and start snatchin’ all Tory’s shit
I ain’t Joyner Lucas, never went to college I’m a corner student
Before the music white tainted pills and it’s all-inclusive
This ain’t what you wanted stupid, I threw the bait
Huge mistake, you ’bout to fall into it, show me your heart
And don’t you start the panic yet, this is only the start
I’m ’bout to send you where it’s lonely and dark, hold your remarks
Ain’t no fuckin’ street niggas out condonin’ these marks
Shells hit his body and they tore Tory apart
Keep it a buck I really like your shit
And I give you respect ’cause you one of the few that write your shit
But that’s besides the point (What up?) and whoever I stand beside will point
And stretch ’em and bury the weapon so they never find the joint
It’s not a game, it’s for respect, this is not for fame
But I know if I finish you off, it’s a lot to gain
Caught a capela the tre’ handle, then the rocket bang
Jammed ’em in traffic, had bullets swervin’ in and out of lanes
We are not designed the same, you come to play or not?
The .40 in the safety box, the .380 pocket change
We all for it, they didn’t call for it, but he called for it
Sacrifice a rapper life, I’ma take yours for it
Uh-oh, this a booby trap, hope he fall for it
4-4, push his kuffi back, make him fall forward
Before I get bodied by a singin’ nigga, I’ll body a singin’ nigga
And air out the choir while they sing to niggas
Me and you can meet up right now, fuck bringin’ niggas
Omar from The Wire with the shotty bunch of Stringer niggas
War time about face, I don’t gotta clout chase
I don’t gotta rap for nine minutes just to sound great
You diss Joyner Lucas with his sound, oh that’s foul play
You diss Drake and took his style on your Love Me Now tape
You ain’t never trapped in a hooptie with out of town plates
You ain’t got no killers down waitin’ on a trial date
My youngin’ in the feds and they hit ’em with a pound cake
Five for a gun? Man that shit doesn’t even sound straight
I slam Tory ’til the ground shake and the towel break
If I make him moonwalk, y’all gon’ make him cloud skate
Y’all really think this clown safe? This gon’ be an easy one
With these headlines verse a nigga with a recedin’ one
I told you this your last straw, now you gotta eatin’ one
Livin’ life on the tube ’til you got a breathin’ one
Believe in one, heaven or hell
And dead bodies leave a hell of a smell and we ain’t lettin’ ’em yell
Tie his mouth shut, hit the house up, cover the trail
Like fuck what you sell, my magazine double X-L
Somebody tell Tory put on his hoodie and step out
It’s just me, I don’t need Boogie to help out, nigga

[Don Q]
Yeah
I don’t wanna hear nothin’ ’bout your sales, nigga
Your followers, none of that shit nigga
Come outside, nigga, put your fuckin’ boots on, nigga
Don’t bring Boogie or none of that shit, nigga
I do this shit for real, nigga
You must be really ahead of your time, nigga
You’re 20 some years old with a 50 year old nigga hairline
Get the fuck out of here
Tory, tell that nigga I still need my hook too nigga, ha
R&B niggas out of fuckin’ pocket
Gotta slap niggas around a little bit
Show you niggas how ugly it can get
Uh, bitch
Where the ambulance?
Why the man body still right there?
The man ain’t supposed to be layin’ there
Where the damn ambulance? 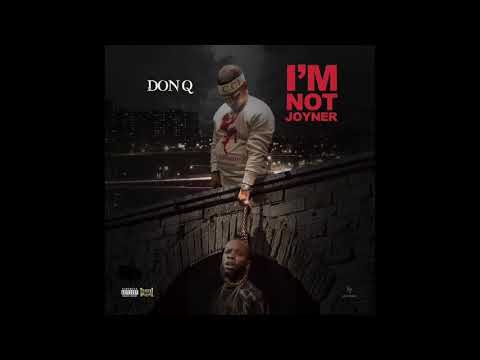