Strippers in the club and my cups half empty
Ride with my niggas cause my niggas understand me
Still on Plan A, pussy niggas on Plan B
Young rich nigga, young rich nigga
Right now, motherfucker let’s go

[Nipsey Hussle & Puff Daddy]
Yeah, what can make a nigga wanna go and get it?
Said he want a Beamer with the subs in it
Said he grew up in a house and it was love missin’
Said he grew up in the set, he keep his guns with him
Young nigga (niggas!) young nigga (let’s go)
Young (niggas!) just a young nigga
And he don’t need a reason, he a young nigga
And you don’t want your daughter and your sons with him
A young (niggas!) just a young nigga (let’s go)
Young (niggas!) just a young nigga
Probably never understand us (don’t stop)
Til he pull in Phantom (won’t stop)
When he pull up in a Phantom
He gon’ have that shit blastin’ (that’s right)
Like young nigga (niggas!) just a young nigga
Young nigga (niggas!) just a young nigga
What they call you where you from, nigga? (where you from, nigga?)
In my city, that was question number one, nigga (number one, nigga)
Lookin’ at the legend I become, nigga (look at him)
I can’t help, but feeling like I am the one, nigga (your turn)
Remember I was on the run, nigga (let’s go)
Couple years before you had a son, nigga (let’s go)
Open up your doors and kept it one with me
Held a nigga down and that was love, nigga (let’s go!)
Nobody want to stand in front a judge, nigga (yeah)
Make you think of better days like when you was winnin’
Standin’ on the couches in the club with us
We all in here and we gonna be here
But then I got my shot, I had to run with it
Out the gate, lost count, many days in the studio we slaved
But this shit we gotta say
Staring in the space that you fishing for a phrase
Uninspired and your mind, still it’s all a paper chase
First you over dedicate, then you notice that you great
And you been the whole time then it slap you in yo face
Then you stack it in your safe, got it crackin’, it was fate
You the definition, nigga, laughin’ to the bank
I’m a master of my fate
Plus I’m the type of nigga own the masters to my tape
I’m in Nevada for the day
I caught a flight from Philly, we just sold out TLA
Fresh up off of stage on my way to B of A
AMB, we L.A., tryna eat, we the way
Look, young Nipsey the great
Never taught how to drink, I just lead to the lake
It’s eighty-something degrees in L.A (yeah)
Fuck it, time to put some jetskis on the lake
Look, I got a team in my bank
I don’t even need an ID at my bank
This used to be a dream we would chase
I know J. Stone and Cobby Supreme could relate
I know the whole team could relate
I know Evan Makenzi and Bron Lees could relate
Cornell, Saddam, Adam Man, DeBron
Steven Donaldson and Black Sam been on this Marathon
Ballin’ since my brother used to hustle out the Vons
Couple hundred thousand up, he took a shovel to the lawn
No exaggeration for the content of my songs
When he went to dig it up, shit, a hundred somethin’ gone
Molded, you can ask moms
Had to plug in blow dryers for the ones we could wash (let’s go!)
Salvaged the little bit, young rich nigga shit
Pressure on your shoulder, how you gon’ deal with it? (come on)
Say it’s all uncomfortable when you transition (let’s go)
But it’s all beautiful when you get rich in it (don’t stop)
When you start killin’ shit (elevatin’) and they all witness it (keep rockin’)
Money grow faster (keep rollin’) than niggas could spend the shit (get down)
Open more businesses with you and your niggas
That’s watchin’ (let’s go) your vision (don’t stop) and being more generous
Fuck a Ford dealership, we up in Forbes (number one, mothafuckas, every year)
Watching and they wishin’ that it wasn’t yours (let’s go)
I forgive you, I remember I was poor (not no more)
Plus I ain’t in the way of what you reachin’ for (yeah)
You gotta play the game, you gotta read the score (read the score)
See, I’ma do the same and pop the clutch of foreign (let’s go)
They told me if I want it, gotta hustle for it (get it, get it, get it)
Only difference now, the money more mature 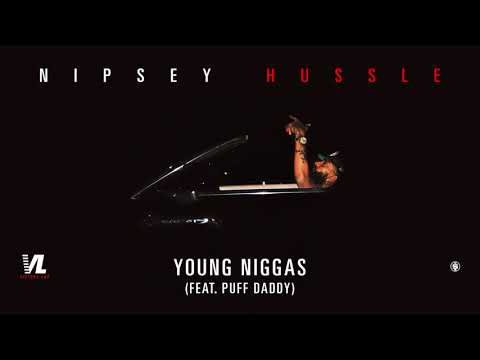