Yo yo, you done fucked up motherfucker
Look, look, look

I said I’m back with the hit, they puttin’ this in the playlist
You trash when you spit, you switchin’ up for the placement
Like “Fuck being lyrical, I mumble for payments!”
But that’s a low blow, like gettin’ head in the basement
So face it, CHVSE is runnin’ the show
I’ll uppercut you so hard that the front of you row
It’s like a fuckin’ Dax verse, there ain’t nothin’ to show
Some half-arse freestyle where he juggled the flow
Then runs with the dough
And never gives a fuck that he stole
A quick bag from an artist that was destined to grow
So you suck so much, you were destined to blow
And I spit so sick, like it’s stuck in my [?]
Look, but why you act petty?
Everybody in my city know I act ready
I got Corn, got Krypt, got Trap on the verse
Even Merks’ on the track, down to rap with me
Look, ain’t it funny how it works?
You rip me off? 750 for the verse?
Thought I’d never blow up like I did
But I dropped Blackout, started trending, now it hurts
Now the karma’s catching up with your past
Because I finally blew up, now I’m dissing your ass
This a fuckin’ man down, you a bitch, it’s a fact
You dropped a diss, then said “Sorry!”, just kissin’ his ass
That shit’s corny

Rest in piece Neighborhood Nick, we’ll miss you dearly
Since Mac passed away, I ain’t been thinking clearly
I know my cousin hear me, even though he ain’t near me
I don’t fear death no more, just ask Siri
He the most underrated, highly-debated
Everybody always loved to hate him
Ex-girls played him, labels wanna’ pay him
I’m making magic on the mic, and I ain’t talking Channing Tatum
I’m a mean guy, flow money Steve Jobs though
I feel like Picasso, lock load
Pop goes the weasel
The Ops know, if I wan’t it, I cop those
I’m sick of this sicko sellin’ me, [?] doc knows
Where to find that shit, I prescribe that shit
I turn nothing into something, homie, I’m that kid
Doing this for my granny, I don’t even need a Grammy
I don’t expect you to understand me
Pullin’ up in a phantom, feelin’ like Danny
It’s a hard knock life, I’ve been feelin’ like Annie
Stadiums gon’ get packed out, Manny
Now women wanna’ give me cheeks, Sandy
Everyday, waking up is the same shit
I think that I been running out of damn patience
I don’t really care about your damn playlist
I am not doing this to be famous

[Merkules:]
Everybody hate the fact I’m winnin’
I’m the illest, and It’s their fault that they just can’t admit it
So I’m breaking past the limits, Got a Jason mask and scissors
I’ma turn this to a episode of Breaking Bad, let’s get it
Everything that I achieve, I do myself
I’m your dad, and you’re lookin’ like my newborn child
Yeah, shut up Skitzo, I’m a schizophrenic too
I’ve brought a toilet to the studio, I’m shittin’ in the booth
I load the clip in and I shoot, I blow your ribs across the room
Have the doc pull out a stretcher while your pissin’ through a tube, yeah
I should’ve done this a long time ago
But I was busy killin’ rappers while my were eyes closed
Every time I spit a verse, it’s like time just froze
I’m drinkin’ bottles to myself, like “I suppose”
I’m buying sticks that I smoke, so they bicycles
I’m so cold I turn the mic to an icicle
What you gon’ do sucker?
We the boss’ motherfucker, we don’t owe you nothin’
We might roll through, stuntin’ in an all-blue Cutlass
Smokin’ blunts and drinkin’ forty’s with some Pac tunes bumpin’
I’m tourin’, gettin’ money like it’s nobody’s business
Fuck a label, I’ve been able to focus on interest, yeah
‘Cause we the illest in town
If you ain’t heard of Merk and Skitzo, then figure it out, pussy 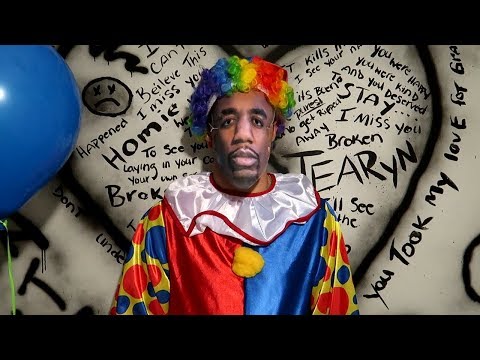