Maybe I come up with some, some of that shit, though
Yeah
Now hol’ up, I just work it out

Double it down, I work it around, I’m makin’ it happen
I been snappin’ (Uh), I been snappin’ (Uh)
What you doin’? What you doin’? That ain’t rappin’ (That right)
That’s how I cap it (I feel)
Put a cap on it (Yeah)
Luxury tax my flow
How I get it? You ain’t even know
He ain’t made it, you ain’t make it, nigga
I been flexin’, I been reppin’
I been doin’ what I need to do and two steppin’
Mississippi

Daddy worked up on a train
Momma always had brains, she a teacher now
You knowin’ how we get down
So stop with all them bullshit moves about where I come from, nigga

I’m just sayin’, I ain’t trippin’ on your roll, but
Let’s be real, you ain’t ever been around here before, and
You ain’t ever seen the stars and the moon glow
Never heard your Granny yell out, “Boy stop slammin’ them doors,” hey
Mid-Atlantic, Aunty May
Think about ’em all the time
Show the young boy how to be a grown man
From a grown man to a king so I could shine (Shine)
Light brights and bright lights and little, little lights shine
Believe that there
When you came up where I come from, you gotta do what you gotta do
To achieve that there
Them dreams and all that (All that)
That bling and all that (All that)
Them screens and all that (All that)
And them old schools, when they fall down, and that wood grain, too
And that diamond in the back
Man, you seen that shit?
Man, I got it just like that, hol’ up
I remember, I remember not knowin’ where I came from
Until I realize where I come from
Proud parents, black parents, my parents
They standin’ on the same steps that they supposed to
In the same place that they supposed to
And I’ma keep raisin’ ’em higher and higher
And the biggest house I can find, I’ma buy it and buy
I’ma keep tryin’ and tryin’ to make ’em proud and all
That 2 Chainz song was right
Most things ain’t never ever happen overnight
But when you tryin’ fly a kite and you gotta make that flight
And you tryna make shit right
You do what you need to do
You get it done, you get it done
You’re the only one, that can make it happen
So you had to make it and you had to run that marathon
High hurdles, jumpin’, 40 yard dashin’
Watchin’ it happen, makin’ it happen
We should watch it sometime, them haters
But you get greater later (Shine)
My label was evened out
All my dreams are still profound
And I still get down, I get down, I get down
And you hear the sound? Move
Baby, I’m so southern I sometimes scare ignorant people’s perception of independence
Mississippi
Bitch, I’m from Mississippi

If you needed further proof of a lyrical massacre
It was undeniable
I told you it’d be worth the wait, that’s why I waited so long
Oh, I have never heard such a display of a magnificence in one record! It was amazing
It was none other than the Biggest of K.R.I.T., mm, from the flatlands of Mississippi
Every minute, worth waiting for
You could feel the spirits of the older blacks (No, which, oh my), resonating through the music, it was magnificent
He, it was magical
Probably some of the best things my ears have ever consumed
Instruments never heard before in such a manner
Oh my God, who was the fellow on the trumpet? Or was that a clarinet, or a saxophone?
Who knows (Who knows), it sounded glorious
It was a magnificent display of musical talent
The way the bant-dent-dent, I can do it, it was, amazing
Oh my God, oh, oh my, I just realized, now we must wait again
Lord (Oh my God), you are a madman
The Biggest of K.R.I.T.s, and now the wait begins
KRIT! 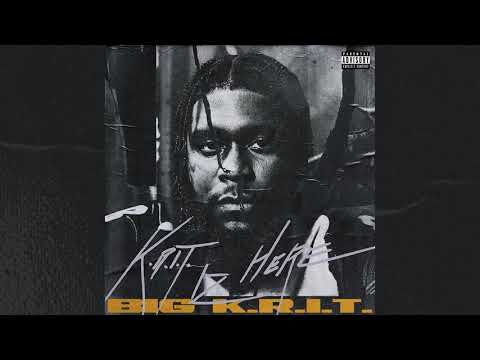