Sensei by SOB X RBE:
I’m the master, I’m the boss, I’m the sensei
And you was kissin’ on that bitch, how my dick taste?
I threw some fifties on the buffs, now I’m in shape
And I done got my muscle up, boy I don’t lift weights
You lil’ niggas just some monkeys, bitch, we been apes
Took me a shot of that Patron, and hit the thizz face
And nigga, y’all can keep the streets, I love to get paid
And I don’t fuck with Android, I need the Ben Franks
Nigga, you will end up missed, off a mistake
And we the only reason broke niggas skip states
Choppa turn a big homie to a big shame
If she told you that she loyal, then that bitch fake
5’10”, but stand tall like I’m 6’8″
Turn her to a super freak, like I’m Rick James
And baby lethal with the head like she got six brains
Big body hoggin’ all the freeway, I’m in six lanes (Bitch)

Mind on a million, yeah, I gotta stay focused
Hand on the trigger, see a sucker, I’ma blow it
All these bands, bands, bands on me, I can’t fold ’em
Hard body, all that sucker shit, I don’t condone it
Moncler on, winter time, when it’s snowin’
We ain’t cuffin’ hoes, get the neck and let my bro hit
Got her pussy wet off these words, I’m a poet
But if she got hair on that pussy, I don’t want it
Young crest nigga, out the mud, I was chosen
Up strap and shoot him with this cannon, like he posin’
Only thing I hit is bad bitches, my dick golden
Used to be my nigga, turned into a king cobra
Gas, break, dipped in that big body yolkin’
Bitch so thick, from the front, ass pokin’
Hit it from the back, leave her fuckin’ back broken
All these bands, bands, bands on me, I can’t fold ’em
Nigga

And you can get your ass shot tryna act hard
I just took the dub in the backyard
Never leave the stick, nigga, that part
And I know that you a bitch nigga at heart
Had the boys on my ass, had to tuck the pole
Sent brody on that skit, told ’em up a soul
Don’t put your love in that bitch, they come and go
Sent some shots at that nigga, he tucked and rolled
High as fuck behind the wheel with no control
Put that Corvette in track, I’m switchin’ modes
Couldn’t keep balance, I spilt the ‘Tron
And I don’t smoke woods, just joints and cones
Nigga, free Noonie Mitch, I miss my thug
On one-nine with shit, got keep a drum
All my niggas uppin’ sticks, we don’t go ones
SOB, RBE, it’s the gang or none 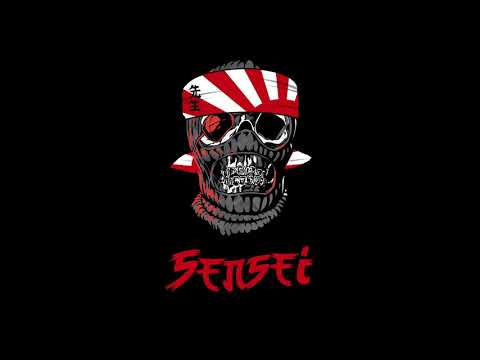