Still in this bitch with the same niggas I came with
I’ma be honest, I don’t feel no pain
I can’t even see you through my shades, bitch
On the West Coast with a bad bitch in my coupe
She’s used to the gangbangers
On the East Coast with the Less gang
On the block plottin’, thinking ’bout what we takin’ (Yeah)
On the road though, gettin’ checks, uh
What a young nigga makin’, uh
I’ve been close to the angels, running away from Satan (Uh)
Asalamalakim (Uh)
I bring home the bacon, young Sheck Wes
I do not do Haram (Uh), I eat the halal (Uh)
Pork, I ain’t never taste it
Never had a nine to five or had the late shift
Moms had to work so I had to raise me (Uh)
‘Cause shit was really hard (Uh), it’s different for us
Anything I wanted, had to take it

I gotta go and get mine (Bitch)
I catch planes and catch flights (Catch flights, bitch)
I just copped a new ride (New ride)
Used to finesse MTA for the swipe (Swipe me)
Now it’s different for us when I slide (Slide, bitch)
Put this shit down, bitch I’m stife
Gang got guns and knives (Lost Boys)
I’m from New York baby, you’ll get sliced (Knife gang)
Buck fifty baby, on sight (On sight, ow)
I want horsepower, I don’t want the ice (Want the ice)
I used to lust and do bad crime (Lust gang)
Now they put me in the New York Times (New York Times)
Bring tears right to my mother eyes
Play with my mother things, you’ll die (You’ll die pussy)
Gettin’ that chicken, Popeye’s (Popeye’s)
Green like spinach, Popeye (Popeye)
Pull up, Sheck Wes pop eyes
I don’t touch bitches, but I pop guys (I pop ’em)
Light up my blunt and get high (Higher)
If shit get crunk, I’ma rise (I’ma rise)
I pull up on arrival (Arrival)
You know who discounts with the guys
Whole lotta guns like Condoleezza Rice (Yeah)
I call the shots like Condoleezza Rice
I was in the projects eatin’ that rice (Rice)
Now a young nigga order wagyu (Bitch)
And I got beans up in my rice (My rice)
They want me to do the deal
If you ain’t got the millions, we can’t sign (I’ll wait)
Tell David, they got that chicken (Chicken)
We can’t pay the price, ain’t right (At all)
Cactus Jack, baby I been winnin’ (Jack)
Man, that done changed my life (Facts)
Always keep a bad bitch, we gotta hide (Gotta hide)
Got a whole lotta worms in my colon (In my colon)
Deer shades all on my eyes (My eyes)
Can’t pull up on arrival (Yeah)
And you know the scouts with the guys
You know the scouts with the guys
You know the scouts with the guys
You know the scouts with the guys (Bitch) 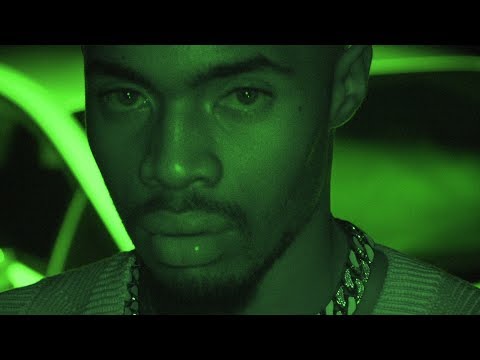