That’s why I called my thing The Marathon
Because I, I’m not gon’ lie and portray, um, this ultimate poise
Like I been had it figured out
Nah, I just didn’t quit
That’s the only distinguishing quality
From me and probably whoever else is goin’ through this
Or went through this, or is gonna go through this
Is that I ain’t quit
I went through every emotion
I went through every emotion with tryna pursue what I’m doing
You know what I mean?
And I think that what, what’s gon’ separate whoever’s gon’ try to go for something is that you ain’t gon’ quit
That’s, you know, you really gon’ take the stance of I’m gon’ die behind what I’m gettin’ at right now
You are now listening to AraabMUZIK

I can still hear you screamin’ neighborhood
Dirt Gang when you would see me, why they hate on cuz?
I just sent you a song, was waitin’ on your verse
We was doin’ a tape together, they ain’t know your worth
Nobody told me after Freaky died it’s gon’ get worse
They ain’t understand your vision
You spoke for them nights I was hungry, we shakin’ prison
But they just hate you did it
I asked you how to start a clothing line, you had me out on Slauson
Blue Laces was my shit, the blueprint to bein’ bosses
You created that
Remember when you played that beat for Clarity?
You gave out so much free game that shit was charity
You was at my birthday, my mama asked me about you
She used to ask what my shirt say, “Ma, this is Crenshaw”
I’m supportin’ my brother, reminding me of myself
Motivated me from the gutter, invited me to your videos
I was smokin’ Marathon OG with you
Every time I touched down in LA I wanted to meet with you
Me and Reg smokin’ flight right in the parkin’ lot
Fatts had me in the store puttin’ me a pack together
I’ma listen to your raps forever
On the real, fuck how they feel, Victory Lap was better
South Central ain’t never gon’ feel the same
You got me scared cuz, it ain’t too many of us left
“Go get that bread cuz”, that’s what you said before you left
We used to joke how we ain’t nothin’ like these rap niggas
Told me stay dangerous don’t let ’em see you react nigga
I called your phone cryin’ laughin’ when you slapped that nigga
You just told me, “Congrats, East, I head you actin’, nigga”
They killin’ kings I no longer wanna chat with niggas
If I could ask God for something just give me back my niggas
If I could ask God for something just give me back my niggas
Neighborhood

Damn, Nip
It’s amazing, homie
Since you’ve been gone, you wouldn’t believe all the shit that’s going on
I drove through your neighborhood the other day
And I seen some Eight Tray Gangstas, some Hoovers, some Bounty Hunters
I seen brothers from everywhere, man
Showin’ love, all in your memory
Man, your legacy will live on
Your legacy will live on, nephew
The Marathon Continues
Nipsey Hussle the leader, the father, the brother, the teacher, the king, the God
Live on
Neighborhood
Live on, live on 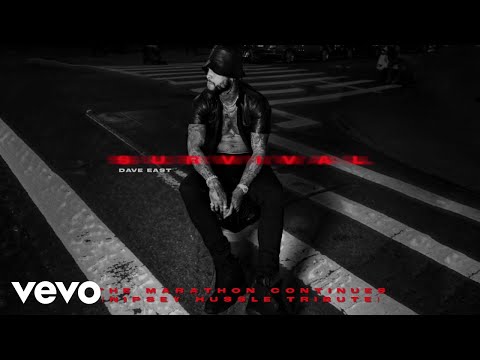