Fxck The Opps By YNW Melly

Hold up, wait, bro, wake up, dude
We just hit a lick for twenty-two bands
Goddamn, girl, you know I feel like the man
Giuseppe, Louis, Ferragamo, … Japan
Ooh, ooh, damn
[?], look at the pan
I got a bitch from Japan
Pull up and shoot at your man
I do not fuck with no xan
I might just fuck with the molly
I might go do me a beam
Picked up the bitch, I’m like, “Fuck the team”
Yeah, yeah, switcheroo, like hot boy
Hundred round drum, you get popped, boy
I’m a real blood, fuck with real riders
She gon’ suck it, swallow, you like the saliva?
Big ass choppa chop your body …
My niggas shooters for real, they don’t even read the Bible
Chop up your body in hell, ooh, revival
Bitch, this ain’t no Call of Duty, you don’t get revived
Bitch, I’m a beast, I’ma eat you alive
Huh, my niggas just lost his life over pride
Fuck nigga say he gon’ ride, but he lyin’
Shoot him in the head, it’s a homicide
Why would you say you would run?
Why in the fuck would you lie?
Put the .40 to your face, we gon’ aim it in the sky
Pow, pow, shots, pull up, you’d think it’s the fourth of July
Fuck that lil’ bitch, I swear I ain’t gon’ lie
Stupid was calling me, she was just lying
Turning me out, they be fuckin’ with another guy
Pop, she’s the lil’ bitch with the .5
Nah, I want these niggas to die
Woah, why you singing about bitches, but you say I’m trippin’?
I be there reppin’ my brothers, who hear my nigga crippin’?
I’m drippin’ all this Florida water, come sweep it up
Mop it up, we pull up with new Glocks and stuff
She eating dick like some Pizza Hut
Tell me shit, lil’ bitch, spill out his guts
You fuck niggas the size of me, you must got some nuts
We shootin’ off your top, we shootin’ in yo’ brain
They say men is the same, blood all inside my vein
Damn, pull up with …, damn
I just got out the ‘Gram, I got to go back to the ‘Gram
Ooh, yeah, that my fam, ooh, know you
I’m dancing, ooh, but my hundreds blue
I swear I do, I swear I ride
We keep the guns, we never try
To rock the boys, they just happy that way
He should’ve never been in traffic that day
Hah, yay, we run up in yo’ shit
Ah, hahaha
When we run up in yo’ shit, ayy, yo’ actions
Yeah, … , we ain’t … it, fuck nigga
Fuck it, all of my niggas gon’ kill you
Fuck nigga, what you strapped with?
Two … , oh, he think he ’bout to … you?
Tell my young niggas to go get you
Loaded that choppa, it split you
Bitch, ooh, I need another bitch
Know I ain’t no Kodak, I can’t paint no picture
He strapped up with the .40 and his aim official
She suck me like some Gushers, blow me like a whistle
Fuck nigga, you know how them tits, they feelin’ mushy
KDog
Ooh, sayin’
We just hit a lick for twenty-three bands
I just want a hit for thirty more bands
We gon’ beat the man, not a man with a plan

Ooh, sayin’
We just hit a lick for twenty-three bands
I just want a hit for thirty more bands
We gon’ beat the man, not a man with a plan 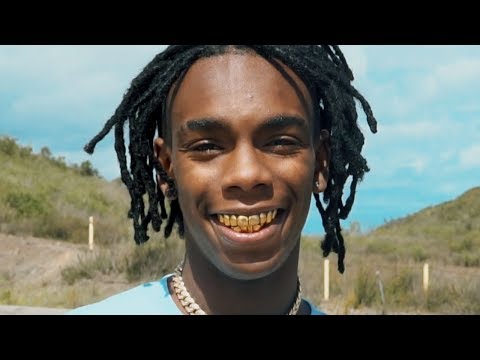