The bust down on my watch, cancelled all my soul ties
Countertops in the Southside, lettin’ the coke dry (Coke dry)
I don’t get upset, I ain’t never duck and wreck (Duck and wreck)
I’m a muslim, yeah
Let me know where you gon’ bump your head
Wanna post up on me, for some bread
Tell ’em I ain’t scared (Let’s go)
Jumped the Hellcat with no Timb
Work in my BlackBerry
T-Shirt white, bitch bright, feel like I’m Jeff Perry
Swaggin’ from the pipe, with hard pipe and she said “Yes Kevin”
What I told you ’bout that get it right and she said “Yes daddy”
Rumors in the city, I ain’t worried ’bout none of them
Mix the H with the fiend, you could go fetch you a Benz
Bulletproof Cutlass Supreme (Ooh)
Necklace inforced with bling
Truck on the interstate, make the Honda touch down with them [?]
Rollie on glisten, ka-ting
Later this shit was a dream
Bread Winner ego go inc
Jump in the whip and go skrrt
Come up from nothing, gold teeth in the gutter, the street
Caught up with cutters and cleats, thuggin’, I’m somethin’ unique
My children love me, my women infatuated, pull the paper from outta that hoe
Everything platinum, ain’t regular standards
He tuckin’ that pack and I’m throwin’ them lows
These women mean nothin, they stealin’ my energy
From em it’s spinnin’ me outta control
Fuckin’ with trash, I learned my lesson (Ooh)
Two hunnid K for a new perspective (I did)
Got my attention, that ain’t bad (Come on)
Get out of line or I’m gettin’ you smashed
Tell me it’s up and I’m on your ass (I’m on your ass)
I’m in the tank, I’m doin’ the dash
Keep your security ’round you
Know all you pussy and I’m not scared of nothing (I ain’t scared of nothing)
I’ma control the threats, I show the press
And tell ’em the pressure ugly
I made a lot of mistakes in life but I’m up in rank, I’m growin’ from that
I gave a lot of you niggas some stripes, but I ain’t aight, ain’t going from that
Raisin’ my son for the build the man and he ’bout to live in reality
We open with prayer and we stick to the plan and this is the only reality
Your moral compass is all you got
Life in general cold sport
The higher ups gon’ play polite
The system still do what they want
Cool to kick it, but always remember that you still a nigga when you go to court
Been in that blender with plenty of course
Blemish my image, ain’t with noise
Still tryna be a better man, still I handle bidness like a gangsta (Gangsta)
I’ma always be gangsta (Gangsta), I’ma always be gangsta (Gangsta)
Still tryna be a better man, still I handle bidness like a gangsta (Gangsta)
I’ma always be gangsta (Gangsta), I’ma always be gangsta (Gangsta)
Respect the laws of the jungle, nigga layin’ low down in the slums
I’m the same nigga from the [?] house, with Jermaine [here?] dealing drugs
I’m the same nigga had [?] on mic’, underneath the wing of the buzz
I just wanna see you come up, quarter ki, a grand tryna let ’em thug
I’m the same nigga from the wild side, with the low tabs in the mud (I did)
In the bottom, standin’ outside, Gates got the cocaine in the bud
Rest in peace, Lil’ Fat, Droptop Jack, come in all black
Hit me back, pull on me and Julio, on Louisa Street for the pack
Let me take a nigga back
‘Fore I graduated with them racks
The whole Southside eatin’ [?] and jumpin’ out Camaros
That’s when Big London had to lay
That’s when Big Head had to lay
[?] airplane in the [?]
We on airzone in the lair
Big yak havin’ the CTS, with the spinners on him, that’s a fact
I was uptown at the Eastern [?]
White Stan Smiths with the tag
With the long dreads, bolo collar
With the low shorts let em sag
With the red boxes, with the white shorts, all four pockets full of bands 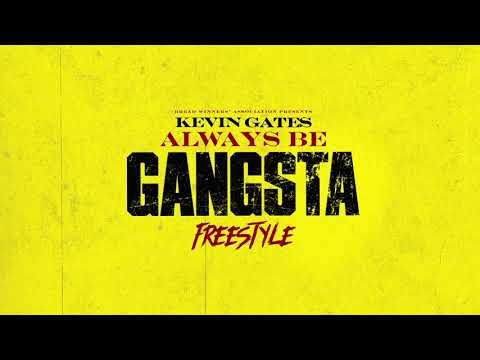