Helluva made this beat baby

Walking out the club, nigga looking at me funny
I’m already pissed cause I threw too much money
But I ain’t tripping, I know that nigga ain’t no dummy
This MAC gotta 50, I leave his face ugly
But that bitch at the crib, lowkey I’m sleeping
Before I knew it, this nigga ran up on me trippin
Twice in the air, (gimme everything)
I ain’t struggle at all, gave him everything
I ain’t panic, hopped in my whip and left
Time to do some homework, I gotta put that boy to rest
He look like a killer, I’m bout to put him to the test
Wanna kill me a nigga all you see in my face is death
On the gram scrolling trough to my timeline
On some hoes page, look what I find
The stripper bitch posted him as her MCM
Same lil bitch was just in my dm
It wasn’t hard to get to him
You know it’s up I’m spliting him
I see his whip I’m flipping that
The dealership won’t want it back
Let me write her back and get her contact
And caught ’em killers up, it’s time to do some contracts
Matter fact, Imma get him set up by to the stripper
Tell her I got 50, I know that hoe gon be with it
She fuck so many niggas, I know she ain’t got no feelings
And I’m sticking to the code, when he drops she goin’ with him
Ain’t talking to no niggas, Imma keep my own business
You know how it goes, street niggas turn witness
Going trough my gram, she just hit me with them digits
She said “call later”, cause she laid up with her nigga
This might be my only chance to do ’em
Gotta set his mouth before he talk and spread the rumor
If the word hit the streets, that he robbed me
A nigga killed the police, don’t wanna find me
(Hello, ay look, I know you saying call later but look, send me ayo location, Imma put it on my GPS right now and just see how far you is, all you need is call me)
Hell yeah, I got the location
Now I’m out side of they crib, I’m just waiting
I’m texting her like how much longer I’m impatient
She don’t know, I’m bout to light the block up like is Vegas
Setting over the boy like bitch what you get for playing
I ain’t tryna talk, It’s a wrap start praying
He coming out, my first shot gon’ be a headshot
Imma put this draco in his dread-locks
I can’t wait to see his blood running out
Run up in his crib, find his bitch knock her frontier out
She text me back like be on yo way in 2 mins
She don’t know that in 2 mins she ain’t gon’ be livin’
He got in his whip, I ran up and I hit em
When the gun smoke clear, I saw it was the wrong nigga (What the fuck)
Now I gotta kidnap her, this afirst nigga
I don’t know how kidnaps works
Imma kill ’em, but I gotta get my shit back first
(Damn)
(Fuck) 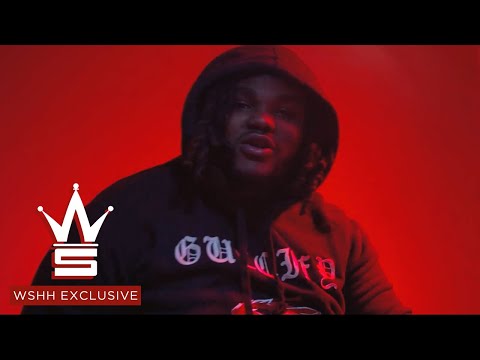