Mamma in the halfway house, new man every night
Always find wrong in everything, shit is never right
Homie locked down in a cell, I own every right
Does doing wrong things for the right reason make it right?
Seeing loved ones hurting bad, homie, that’s hard
Mamma throwing shit at your dad and gettin’ slapped hard
Mamma’s new boyfriend hangin’ in the backyard
And I mean literally hangin’ in the backyard
Had a crush on this girl when I was like nine or ten
Fast forward, her brother ended up killin’ my friend
I was scared of the world so I would live in my bed
Now I get money, I just live in the bands
Drinkin’ to numb the pain, the pain still remains
Had my homie laying lifeless, heroin in his veins
The grass is always greener but that’s probably ’cause it rains
On the other side more, so I probably shouldn’t complain
A lot up on my mind, it can’t fit in my brain
If you knew all of my thoughts, you would call me insane
Blood is thicker than water but I live in a drought
The things that kills us the things that we can not live without
My cousin was a good kid, died from a bullet
Meanwhile 6ix9ine beggin’ for someone to pull it
I ain’t have a role model on how to treat a women
Had to teach myself what the fuck my father couldn’t
We act like suicide and anxiety not a part of society
People die before they get the sobriety
I don’t rap for the money or the damn notoriety
I don’t talk lately, nah, I been movin’ quietly
I know my people proud of me, everyone lookin’ down on me
I was sinnin’, now I got these angels surrounding me
Chasin’ this dream, no time to be cowardly
Thanks to my fans for allowing me
Saw my parents poppin’ pills, followed in their footsteps
Took a couple steps back every time I took steps
People make life way harder than it has to
Get caught in a fucked up cycle, life past you
Kids dyin’ in the streets, now it’s a classroom
There’s a lot, God, that I really want to ask you
I know you real, but sometimes you make me question it
The kid killed seventeen people ‘fore they arrested him
Seeing your dad OD in the kitchen
The stove is still hot, mashed potatoes with the chicken
When people love you, why they always try to keep shit hittin’
So many lives lost to alcohol and addiction
You ever see your dad crush his pills and he snortin’ it?
If you look the other way, that means that you ignoring it
Which means that you supportin’ it
These rappers just recordin’ shit
Put it on the internet, companies endorsin’ it
If you have to question it, you don’t know what depression is
So many times I thought I learned my lesson, I never did
Provide for your family by any means
If I ain’t rap, probably could’ve died in these streets
Mamma always throwin’ shit
Plus she always throwin’ fits
Wanna break down and cry but we just hold it in
Scared to show emotions ’cause our fathers never showed us it
We do the same things to our kids and we don’t notice it
Always do the wrong thing with the right intentions
I don’t do the “internet talkin'”, stay out my mentions
Brother got arrested, could’ve been a blessin’
Someone could’ve died without even second guessing
The world that I’m alone in, tears that I’m soaked in
Got a bad temper, it’s gettin’ hard to control it
Sometimes you can’t be there for someone that you love
Because they’re too lost in the drugs
Survival 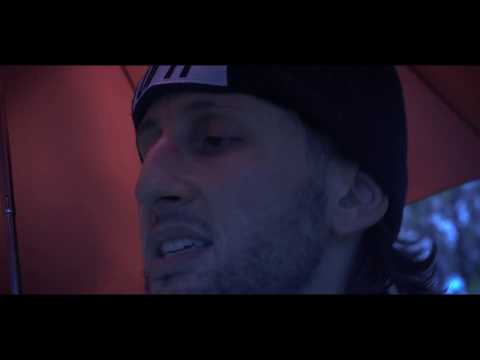