Oh, what the fuck you mean, you ain’t heard of me?
Stepped in the game and gave it surgery
I told my mama I was sorry
You don’t know half of my story
Fuck all this fame, I want my privacy
This for them young niggas, probably die up in that [?]
Them words you said to me probably the only thing I can’t believe
Too many niggas rattin’, I bought a trap and put it overseas
The hood quarterback, I put my nigga up at wide receiver
I trap right down the street from where my auntie live
My bitch a stripper, I can’t die, I’ma throw this shit and live (Ayy)
I just came home from the can, ’bout to buy another Benz
I be so stuck, I’m booted up, this shit like Timberlands

Ayy, I brought the game back
I still would lay up with that bitch, she fucked my partner, I ain’t mad
If the promoter ain’t got like fifty, it’s a no-show
This for my young niggas who down at them corner stores
It ain’t no safety no more
‘Fore Lil Top had signed a nigga, I was walkin’ with thirty-eight racks
I was already pourin’ up eighths of purple ‘fore I talked to Lamar Jackson
I was already walkin’ on the moon, high, before Michael Jackson
I’ma get me a bitch, then I’ma buy her a body filled up with plastic
She want extensions, I got extensions on all my guns
You is the realest, I really think that you’re the one
Cartier glasses see-through, it’s like I bought ’em for no reason
I don’t promote violence, but I told him to leave his phone while he creepin’
I’d hate to be the reason, he love God, but he gon’ keep sinnin’
Young nigga end up dyin’, it ain’t his fault
You can’t blame him, he just wanted cars with beats in ’em (Yeah)
Damn, I hate bein’ famous, shackles on my wrist and ankles
Gave you love and then you leave, all I wanted was a thank you
This is for my gun slangers, this is for my gangbangers
Jail’ll never make me better, time brought more anger 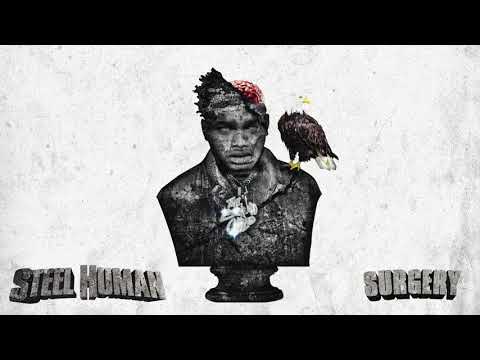