You should’ve been downtown (Yeah)
The people are risin’ (Yeah)
We thought it was a lockdown (What? Yeah)
They opened the fire (Damn)
Them bullets was flyin’ (Ooh)
Who said it was a lockdown? Goddamn lie (Uh, look)

It’s a war goin’ on outside, I swear to God
I’m on the front line, no front, no cap, no fun-size
Sunshine, cinnamon skin, people blend in together and ride
Side by side, organize, we bust guns at the same time, harmonize
Form a line, pick a lead, take a leap, leap with love
Please, you sound like Dr. King
People tired of takin’ beatings from beasts covered in sheets
I love niggas but we too forgivin’ for how they treating us
Reparations, though, we tryna get even
Just run the paper, maybe then we can start the conversation
Common ground, prison compounds full of my fuckin’ people
How you still sleepin’?
Have you had your coffee this evening Karen?
‘Cause you seem a little off
All the black girls missin’ and endin’ up inside the coffins
But you mad when they “#BlackLivesMatter” on front your sidewalks
Diabolical thoughts, diatribe from dialogues
Damagin’ images of men and women who died off
Fightin’ for civil rights
A simple necessity given when you given life
But we been trippin’? Right (Skrrt)

You should’ve been downtown (Ooh)
The people are risin’ (Ah)
We thought it was a lockdown
They opened the fire (Bah, bah, ooh-wee)
Them bullets was flyin’ (Lockdown)
Who said it was a lockdown? Goddamn lie
(We ain’t gotta stop ’cause they tell us to)

Downtown, where I got popped with the rubber bullet
Tre pound, got it in my name now, I’ma shoot it

Uh, maybe this round two
Government cinematic, American drive-through
Eat their apple pie in the mornin’ and bury the strange fruit
Then marry the strange fruit and call it the Black love
So when he bleeds, I bleed the sacred riddle
Had no money I can make some so the cops get little
We seen ’em murder the indigenous, the passage middle
The Constitution, a life for a bag of Skittles?
So when we bleed, I load the sacred pistol
And if you need, I’ll read Assata with you
And if you’re rich, I pray to God, forgive you
You’re supposed to share the garden, grow the Holy in you
Maybe everything is a metaphor, one God
And African liberation is ready to take on
They tellin’ you, “Stay calm,” and double barrel the shotty
And stand on a graveyard and tell you to, “Slave on”

Downtown (Down)
The people are risin’ (Look around)
We thought it was a lockdown (Lockdown)
They opened the fire (Had to get low, fire)
Them bullets was flyin’ (Down, down)
Who said it was a lockdown? Goddamn lie (Ooh-wee)

Turn on your tube, dawg, look how they do us
Knee on our necks, bullets in backs
Stimulus checks strictly for blacks?
History repeatin’, people scared to eat a chicken
Everybody goin’ vegan, what they put in it?
Look at the world we livin’ in, they got us shook in it
And then you go on your jog
Then your color might get you took in it
Man in the mirror, don’t look away, you gotta look at it
Black Lives Matter, so what it means when they shoot at it?
Generation, genocide, what happened to enterprise?
Heard the man infiltrated, Black Panther, re-energize
Nothin’ to figure out, they tryna kill us out
If I take a kneel, see my fist? I’m a killer now
Just think, bullshit, you gotta filter out
Are you really ready for the smoke like a Swisher house?
Ready for the revolution, who ready to ride?
It won’t be televised, so tell me, who ready to die?
Know the difference from a pan and a plandemic
Just a bunch of bullshit, how we land in it?
You either fall for anything or you stand in it
It’s a lot goin’ on on this damn mission
Big BG used to sell microchips
Now he out here pushin’ vaccines?
It’s about to be another lockdown
Feelin’ like D.C., fuck you mean?

Downtown (Down)
The people are risin’ (Look around)
We thought it was a lockdown (Lockdown)
They opened the fire (Had to get low, fire)
Them bullets was flyin’ (Down, down)
Who said it was a lockdown? Goddamn lie (Ooh-wee) 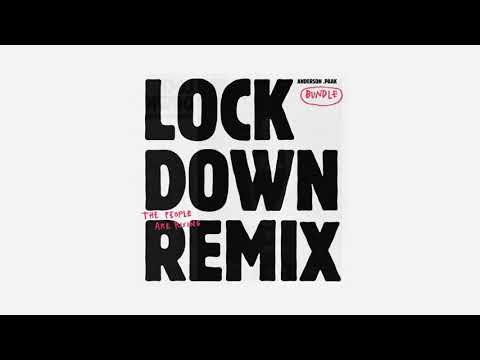