I walk up in the room and they eyein’ me
They like “Who is you?” Nigga, you can’t get my ID
Walked in the store, I need everything that I see
They peepin’ I’m that nigga, I’m like “Ooh, yeah, I might be”
Let a nigga try me
Punch a nigga in his lip, now he lookin’ like Kylie (Bop)
I can’t really go off right now, nigga, I’m in quarantine
I’m really in the market, baby, we could go to Dover Street
We can go to isolation where it get like four degrees
You not ready for that shit
My life is a movie, you not ready for that clip
My niggas they applaud and they applaud and they clap shit
If it’s not ’bout dollars then you really don’t make sense
And if you talkin’ money then lil’ bitch we can make friends
You holdin’ yourself back, surrounded by fake friends
They just want you for payments
And they gon’ keep grabbin’ plates if you sneakin’ that cake in, it makes sense
Two paychecks, they like “One finna pay rent”
Yes, I’m dripped, I’ma buy somethin’ basic
Got my own style, you gon’ flush it, I don’t take shit
Really anti-social, I don’t like collaboratin’
And you niggas weirdos, I don’t like collaboratin’
Had to cut y’all off because y’all niggas, y’all not sanctioned
Movin’ hot, tryna cause investigations
Now, if you want talk, yeah, you gotta make a payment
Pay me, fuck you
Bitches give me pussy, I won’t pay to fuck
Bitch, nah, I don’t love you, I won’t pay to lust
Even if you my shawty, no, please do not get comfortable

No cap, I get it, though
You just wanna fuck with me, you heard me on the radio
You play on me, bitch, you gon’ turn me to a criminal
Psych, I don’t touch y’all, y’all can’t touch me
Hottest young nigga in my country
You want me to pull up, yeah, that’s like fifty stacks
I’ma put some in her block and I go cop my bitch a bigger ass
I been thinkin’ ’bout the old times, not gon’ lie, yeah, I be missin’ that
Funny back then, was thinkin’ ’bout the destination, where I’m at
Dropped a lil’ mixtape, it went damn near platinum
I’m not mixed, but I got black and white, ain’t talkin’ Ransom
This shit up, but not gon’ lie, I may not make it look fun
Look dumb, you just mad that you can’t cuff ’em 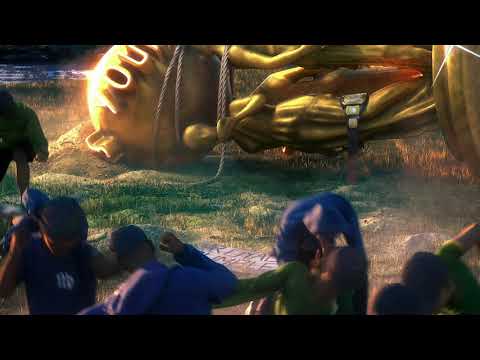