I just bought myself a 9 and my brother a Tech
Got too much on my mind, hit the blunt and reflect
When I was under arrest, my bitch was under duress
I bet she fucked while I was gone, then I doubled the bet
I smoke weed in Amsterdam and I smuggle the rest
I act like I’m shakin’ your hand and you’ll get punched with the left
And you can get killed for shit you said under your breath
And if you do choose to bark, it ain’t nothin’ to a vet
Man, fuck these niggas, I ain’t stuntin’ these niggas
Yo bitch about to swallow a bunch of me’s, nigga
I got a white girl fuckin’, suckin’ me, nigga
While I’m thinkin’ ’bout the days that it sucked to be niggas

Bought myself a 9 and my brother a Tech
Nigga, keep your head up like that gun to ya neck
And my bitch was scared to fly ’til we fucked on a jet
Fucked her in the cockpit, all these buttons to press

I just got myself a blonde with the puffiest chest
I just bought myself some time, rolled my Rollie a check
Ridin’ in a double R, just regrettin’ regret
Getting loaded more than once, no Russian Roulette
I just left King of Diamonds, I just fucked a baguette
I ain’t called her since that day, I just wasn’t impressed
Ooh, with a nose ring, startin’ a bunch of BS
Hide the gun, knock on your door, dressed like UPS
Man, fuck these niggas, I ain’t stuntin’ these niggas
I’m a bear coughing up a bunch of honeybees, nigga
Got hoes under me, like a submarine, nigga
Got a bitch with a clit like a butter bean, nigga (Uh)

Bought myself a 9 and my brother a Tech (Yeah)
Bought my sons toys and my daughter a pet
Bought my homeboys choppers and my woman a dress
And to catch me if I fall, I bought my mother a net, let’s go

Anyone could get knocked off, any bitch could get knocked up
Baby daddy get locked up, sell everything, put the house up
Don’t say anything, keep your mouth shut
Except two words and that’s “how much”
If I do get out, we’re skippin’ town
She said what about her mama
I paused
I said, “I gotta do what I gotta
Is you gon’ ride with me or you not?”
And she start cryin’ and said, “I’m not”
And I paused
I said, “It’s probably what’s best
Well, I’ll be back when pigs fly
So they can follow me on my jet”
I tell my pilot where to go next
I bring that problem to your doorstep
I catch you slippin’ while you tired
Like the road wet, like it’s no sweat
I’m Tunechi, hi, I’m here to collect
They wondering why I ain’t gettin’ no rest
‘Cause that’s just too close to arrestin’
And too far from “serve and protect”
So, Police, read me my wrongs, or just leave me alone
Rubbing, squinting my eyes, I still don’t see where I’m wrong
Sold my soul to the streets, they bought it previously-owned
Went to jail for a Glock and soon as I got home

I’m a lion, motherfucker, to these hoes ’cause you can sweat a little
Euro my secret weapon like Mark, Jackson and Stephen
I see plain clothes, pigs, and unmarked intrepids
My bitch believe what I say, I told her, “Salt, what’s pepper?”
I’m cold as malts and metals, sell stolen parts, whatever
Put three holes in your head like a bowling ball, don’t spare ’em
And all my niggas in jail, that’s bullshit, I smell ya
Remember Destiny’s Child? My favorite one was Farrah, man

Bought myself a 9 and my brother a Tech
I know you don’t want war like you just a cadet
Tell a motherfucker who next, “Motherfucker, you next”
I’m the best rapper alive and they love me to death, bye 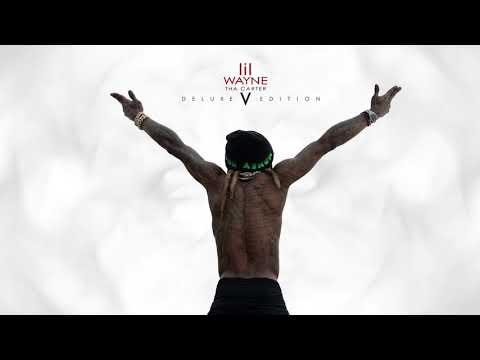