We need each other, we have to have each other for our survival
From the revolutionaries to the conservatives, a black united front
(Uh huh) Is what we’re about (Yeah)

The makin’ of the mob, the changin’ of the guard
An angel from the Lord in ceremonial garb
The big homie in charge, main culprit at large
Emerged over the odds, the victory is ours
The talented Mr. Trotter, a midnight marauder
If there’s blood in the water, no stoppin’ the top shotta
I drop bombs, multiple arms like candelabras, on a mission
I’m chasing chicken like a Chupacabra, nigga
Salute your father, I’m headed back to Wakanda
After the drama, rappers get medivac’ed to the trauma
To kill a lion separated from the pride
I rule Zion, I am the most hated one alive
A gun was fired, another one expired
I represent the unwanted, undesired
Wash my hands off it all, then raise one and testified
To lyrical manslaughter, I’m guilty but justified, nigga

Trust the vibe when it’s the fly sinister
Philly’s certified finisher, the prime minister
In God’s image the monument, the homage is to
The problem is acknowledgin’ how to apply penance for the transgressions
That I’ve accepted in acquiescence of my own presence
As I inspected my loaded weapon (Y’all just don’t get it)
So stream it at your own discretion, every answered question
Investment in your own protection
They be like: “Black, well, who knew we’d be receivin’ a new you
That’s part Zulu and Farrakhan meets Pharaoh Khufu?”
Misinterpret my level of genius and call it cuckoo
But the Swahili meaning of freedom is still uhuru
To the booth guru, I deliver the truth to you
Who got the nerve to act as if this isn’t proof to you
That I will mobilize a militia then troop to you?
No tellin’ what I got in the system to shoot through you
If it’s too brutal, look the other way like I’m bribin’ you
But surrender all your valuables as if I’m robbin’ you
As I slide, the hassle to the side, like a tassel
The facade of the place I reside is like a castle
I’m the honorable Pensee Noir, my nom de guerre
I’m the czar, the Peking-to-Paris, is my kinda car
I’m the R, I’m the L, I’m the Kane
All correlated, unadulterated power
The king been coronated, wake up
No masquerade, remove the make-up
It’s no sleep, but my eyes refuse to stay shut
It’s gatekeeper’s responsible for this place
But historically, the authorities been morally bankrupt
Enter the executioner, speaking of retribution
I will send shots to Lucifer even to catch the future
Me and the best producers out again, en route again
Airborne audio spores, it’s like an allergen, so
In conclusion, I wanna clear the confusion
Any rumors the artist you’re currently hearin’ is human
The shapeshifter, weightlifter, I hate Hitler
I’m the great victor behind the bars, state prisoner 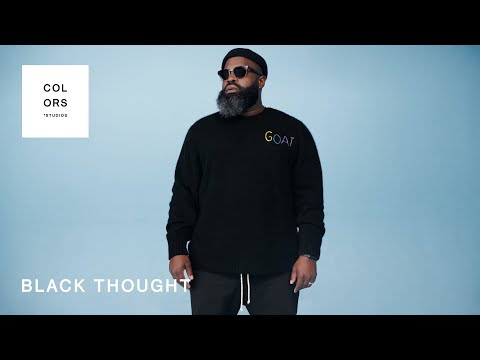