Man I’m just sitting back watching the pussification of this whole country
I can’t say this, I can’t say that
Shit, what the fuck can I say?
When did y’all become so fucking sensitive, man?
Lighten up, I’m just here to entertain you
And if that triggers you, well, then you’re a pussy
Listen

It’s a cold world, easier to play this shit safe
Knowing how the world gon’ judge you if you make a mistake
These miserable fucking people so saturated with hate
They can’t wait to pile it on someone else’s plate
Like if I’m right with every word except for one in a song
They’ll only focus on and judge me for the one that was wrong
Cancel this, cancel that, fucking welcome to America
The home of specializing in assassinating character
I hate it (Hate it), I prefer going in guns blazing (Pow)
Annihilating anyone who’s testing my patience (Yeah)
And no room for pussy-footing in the rap game
And I’m drawn to controversy like a moth to a flame (Yeah)
And you little snowflakes better quit your complaining
Not racist, I’m just not too big on the Asians (Haha)
Shit I’m kidding, you idiot, but with no hesitation
These fuckers run with it and post it up on Twitter while saying
That Webby’s (Webby) some sort of bigot for fucking making a joke
You’re not woke (Nah), you’re just sensitive and quick to revoke
So I’d like to invite you to suck my dick ’til you choke
Deep throat, pow, pow, got your bitch in my scope
Everyone that I’m seeing is looking pussy as fuck
Go and cry about shit without even looking it up
So I’d like to thank my bullies all for making me tough
Because it’s looking like y’all ain’t get bullied enough

Easy does it, Webby, try to keep that temper in check (Grr)
I’m going off like Terminator in the metal detec- (Beep, beep, beep)
Ter, hit ’em with the blurr like my memory gets
From blowing benzo’s while I’m drinking, yeah I tend to forget
A Devil’s reject, ever since a kid I’ve been a loser
I dealt with it, it’s called developing a sense of humor
Learn to laugh a little bit, this shit is good for your health
If you can’t take a joke, you need to take a look at yourself (Pussy)
Shit if I didn’t have the haters, then I would probably withdraw
Shit dog, honestly I would probably miss y’all
Haters, really please, promise me you’ll never quit, y’all
Here, I’ll make fun of me with y’all
Here’s my impression of Webby, no one’s doper than me (Grr)
I got the hairline of someone that’s 10 years older than me (True)
Sittin’, dissin’ politicians like I’m fucking sport fishing
Say I fucked their wives and daughters when I obviously didn’t (Also true)
And I’m pale year round, summertime or deep winter
And I chew with my mouth open when I eat dinner (That’s gross)
My liver has put up with plenty of cheap liquor
And more drugs in a lifetime than Keith Richard’s
I used to work out, shit, I really was buff
Then I stopped working out, now I’m skinny as fuck
Like so skinny, when the wind blows hard I lose balance
So skinny, looking like I won a tapeworm challenge
Haha, it ain’t that hard to laugh a bit
At your own expense, fucking just relax and shit (Ha)
Smoke a joint, eat a Xanax you bitch
This uptight bullshit’s what I’ve had it with
If you’re still mad after what you’ve listened to
Then that’s just the bitch in you
Suck a dick or two, ain’t no fixing you
Fake woke can’t take a gay joke
People that I’m spitting to, I am here to trigger you (Trigger, trigger you)

Yeah I came to drop bombs, like flex, then I’m gone
I’m all raw, so try not to be so sensitive, y’all
If I’m not pissing you off, then I’m pissing you on
If you’re not triggered at all, then I’m spitting it wrong 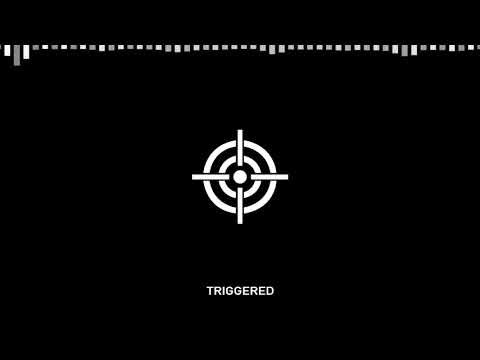