“These Demons” (featuring Maj) is a song by American rapper Eminem, released from his eleventh studio album, Music to Be Murdered By Side B.

Yeah, you know what? (Loud Pack)
Haters are funny, man (Haha)
It’s like, you’re gonna hate it no matter what it is
Yet you still click on it (Zombie on the track)

I want you to change, but don’t change (Yeah)
I want you to grow up, but don’t age
I want the rage, but don’t get too angry
I want the new, but old Shady
I want you to say what they won’t say (Yeah)
Just don’t go too far, but go cray
I want you to almost lose it, man
It keep movin’ the goal post, don’t they?
Just cut to the chase, like OJ
In his Bronco goin’ off the roadway (Skrr)
And get off my dick
If I said my balls were yarn, you bitches would crochet
All I ever wanted was a rope chain
From the day I saw Cool J on soul train
Now I got that, can go 2k
Was one yellow and white gold plated
Just to let ’em know I made it

I told my dawgs we gon’ get right in they ear, yeah
Wouldn’t call, now dip, go in the Lear, yeah
Still have all these demons comin’ for my neck, yeah, yeah
I ain’t never comin’ down, yeah, yeah

This pandemic got us in a recession
We need to reopen America (What?)
Black people dyin’, they want equal rights
White people wanna get hair cuts (Haha)
Some people protest, some people riot (What?)
But we ain’t never escapin’ this virus (Nah)
To the cops that are racially biased (What?)
We no longer enable these lies
You get ’em on tape, they stick to a story, like Spider-Man crawin’ up side of a wall and
Some are just as unabiding as lawmen (Yeah)
Like Garrett Rolfe and like Derek Chauvin (Yeah)
No cap, still riding with Colin
Though some people don’t like me at all and (Yeah)
Some are like bees to flowers (Why?)
‘Cause some people find me appalling (Haha)
Ooh, I say a line, people are outraged (Oh no)
The press slams me again (Yeah), the people aren’t having it nowadays
Give an album that I put out in like 2000 you griped about praise
But I wake up everyday even more caked up than the makeup on your clown face
And I lay my foundation

I told my dawgs we gon’ get right in they ear, yeah
Wouldn’t call, now dip, gone in the Lear, yeah
Still have all these demons comin’ for my neck, yeah, yeah
I ain’t never comin’ down (Yeah), yeah, yeah

[Verse 3: Eminem]
I got a question (What?)
What rhymes with Pariah? (I don’t know)
Mm, uh, LEGO? (Oh shit)
You just bit into the lit end of the wick
Shit, I meant, shit end of the stick
I’m addicted to friction and mischief
It’s like your bitch’s midriff, shit gets my dick stiff as a stickshift
Dick as in Cheney, trip as in sailing
They bring my name up just to get ratings
It’s like trying to choose between Bizzy, Layzie, and Wish against Krayzie
‘Cause I got a bone to pick with Slim Shady (Shady)
With Thug (Thug) and Harmony (Yeah)
Who attempt to diss Hailie (Hailie)
Bitch, I will go in like it’s raining
And I get cancelled like once a day (Yeah)
Why would I go? It’s more fun to stay (Ah)
You get me to leave, it’s no fuckin’ way
I got a better chance of fuckin’ Young M.A. (Ooh)
Ooh, sounds like I’m zoning
So me sayin’ I’m out, nice to know me
It’s like askin’ me where my shin is
It’s down right below knee (Haha)
Uh, oh, well we can play hide the salami (Yeah)
If your gal would like to blow me (Yeah)
My wave is like a tsunami (Yeah)
These flows you’re still tryna rap your head around like you’re a swami (Ha)
Just call me the mic kamikaze with Mike Zombie and I’ma just keep bombing (Woo)
‘Cause the game is mine, like an IED (Yeah)
If they ever do cancel me like Live PD
I said I’m takin’ some of you with me if I’m leaving (Brr)
It’s time to murder you now, sike, leave me
I might knee deep to the fuckin’ ice, Z, Z
Rappin’ circle around these ho’s
Just like gurgles and every word from my mouth so fire
I should be burnt to the ground
There’s a fuckin’ circus in town, yeah bitch, this verse finna clown ICP
R. Kelly sex tape, I see pee (Woah)
My shit is intense, like tipis
You gettin’ wiped, like TP
You don’t like me? You can bite my little white wee-wee
And I repeat, you can bite my little white wee-wee long as I like it-it
And ever since my pre-teens, striped Lee jeans and grandma Nan’s little black and white TV (Yeah)
Now I’m so bougie that I stick out my pinkie every time I drink tea
Used to want a wife, sweet tea (Sweet tea)
Used to rock wife beaters, now I let your wife beat me (Yeah)
So you can eat shit, but I might be the shit
So when I say “Eat shit,” I mean me 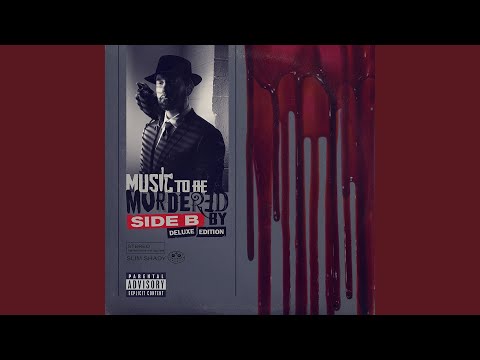