Yo, this year sucked big, ain’t no way around it
World pandemic, all our superheroes grounded
Everybody sick and all the movies pushed to ’21
So in the meantime, I’ma try and have some fun, yo
I’m doing kung-fu, hangin’ with Chang Cheh
LeBron, mixed with Jordan, yeah I’m gettin’ my ten rings (Ten rings)
I’ve been blinged out, and all this winning gettin’ tedious
Music is eternal, and I make it with some deviance
Mixin’ the ingredients, read, I’m a genius
A Tony Stark mural on the wall that I’m graffitin’, uh
And I’m just tryna quarantine with Mary Jane and Gwen
Until the Falcon and Winter Soldier is droppin’ in
I used to roll in a hooptie, now it’s a Benz
All metallic head turner, I call it a silver surfer, ooh
But back to Spider-Man, I hope we get that Spider-Verse
Like, Tobey and Andrew are dope, but give us Miles first
Yeah, I said the pen’s hardcore
In Endgame, I called [?]
And we ain’t even gonna get that shit till ’22 (Nope)
The same time as Sam Raimi’s Doctor Strange 2
What about Dune too soon?
Don’t bring it up, it hurts
This the worst timeline of any multiverse
I wish that I could go reverse
I hop in that DeLorean and use some Pym Particles to change the way the stories been
I’m sick of ordinance
Not lookin’ forward to shit
Jared Leto’s not my Joker, but I wanted Morbius, shit (Sorry)
I’m gonna be a Trix kiddo
But instead of Kill Bill, I’m just killin’ beats to Black Widow
Drops, writing bops, chillin’ in the same room
Making hella noise, but wish I had a quiet place too
They’ve even got Michael Myers in a death grip
Spooked him into next year, at least he’s got a mask, shit
And James Bond (What?) no time to die, how ironic
That Daniel Craig could die of old age before it’s dropped (Oh!)
Ain’t no stoppin’, everybody on a full send
Lately, feelin’ like the whole world’s gone crazy

Rest in peace, Chadwick
So young, it’s tragic
Love to the king and his family, man I can’t imagine
Keeping cancer under wraps so no one ever sees it
You never know what someone’s dealing with behind the scenes, yeah
And that’s a lesson
Make sure to count your blessings
Ain’t no second chances, wait, Zack Snyder’s an exception
Oh damn, you thought that I’d leave D.C. out?
I’m ready for the Snyder cup when we can end the drought
And I’ma need Gal Gadot
Throwin’ on a golden suit
We’ve been through some light and partyin’ like 1984, yo
And I dunno if you’ve been cappin’
But are we ever actually gonna get to Black Adam?
Actin’ like I’m Tyrone Biggums, put my faith in The Rock
I wanna see Pete Davidson in Suicide Squad
Oh God, Pattinson, riddle me this, ayy
Why you give a teaser when it’s sixteen months away?
That’s okay, I’m taking what I’m given
The whole theme of 2020 been what? Pivot
Home fitness, support your local business
Stop listenin’ to all these shady politicians, yeah
‘Cause at the end of the day, we’re missing entertainment
A noose should never be the substitute that it’s replaced with, right?
At least we got the Ghost of Tsushima
Last of Us II, Tony Hawk’s Reboot, true
And look at the bright side, music has been at its best
Homie, this isn’t what all of these artists can do and I finally can get in some rest, yeah
Stuck in ya head, stuck in a bed, with everyone thinkin’ the tourin’ is dead
And when I can finally get back on the road, I don’t know if I’ll ever come back, yeah
To anyone who lost a loved one, condolences
To health workers on the front lines, you’re the shit
We gon’ make it out
And if the world doesn’t end, I’m celebrating this year’s birthday again 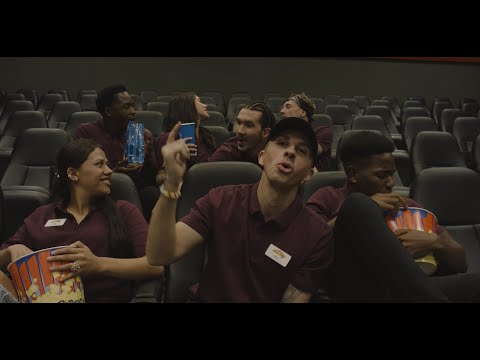