Heads up, eyes open and fists clenched (Yeah)
This here, be the Chairman Fred Hampton Jr. (Live and direct)
So, now I need y’all to bear with me as I bare my soul
And take you on the insides, behind enemy lines
About some state-sanctioned assassinations, mass incarcerations
And some of the plans that these pigs done put in place
In order to amongst other things to control the world population
See, now it ain’t no coincidence that a lot of you cats don’t know about the infamous COINTELPRO (Shit)
G-Men, government hitmen
Directed by J. Edgar Hoover and his hitmen
Political frame-ups in which they still got a lot of cats politically caged up
Killing us and hitting us with more than just the gun
And some names in which for legal reasons I can’t mention, that’s still on the run
Now imagine if you will
The same goddamn government that brought in all the dope
Putting your picture on a poster, placing a bounty on yo’ black ass
With the words “Wanted” emblazed across the daily news front page
And yo’ face being placed right up under Institution Issued Scope
See, we talking ’bout a bunch of bad motherfuckers
Who wasn’t looking for none, but wasn’t ducking no motherfuckin’ trouble
Go-getters and hard-hitters who gave us free medical centers
You see, who stood straight up against the system
And said “Yeah, motherfucker, we subversive”
Freedom or death and strapped up in spirit of self-defense
Free clothes and free bussing programs
First free breakfast programs
Armed with a political ideology that withstood the test of time
And a ten point platform
Hold on now, and fast forward in closing words
From the tongues of the Black Panther Party Cubs
Let us continue to resist and never forget
2337 W. Monroe
4:35 AM in the morning
Westside of Chicago
1969
December the 4th
Shit 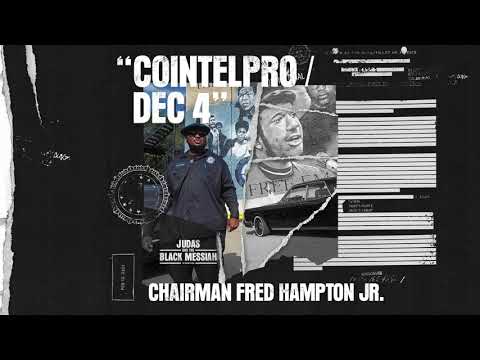