I stand on what I believe in, certified, I’m too legit (Yeah)
Think about who gon’ take control, I never fall or take a seat (Huh)
I know everybody gotta go, just wanna keep my counters lit (Yeah)
I barely even talk to people, why would I chop it with pigs?
I don’t link up, so I cooperate, that’s somethin’ I never did (Nope)
Just take one player off the team to put us all to acquit (Mm)
Now the white folk watchin’ us, told ’em, “Don’t talk, he still snitch” (I’m cold)
I’m just one person out my hustle, my whole family could be rich (Let’s go)
Think I’m just gon’ give up now? And I done put my all to this (No)
I’ma blow ‘fore I go out (No), ain’t no way, I’ma take every risk (No)
Won’t see it ’til it’s time to shoot, boy, this a Glocky, not a SIG (Yeah)
Know its certified members only (Blrrd), grab the ski mask or the wig (Blrrrd, blrrrd)
You want some back? Get it in blood (Blood), ain’t no fakin’, I can’t pretend (Nope, nope)
To the industry, I’m a rookie, in the streets, I’m a veteran
And watch your back, it get real shiesty when you stackin’ presidents
My [?] get locked or lucky ’cause the color of my skin
This one for my fallen soldiers, take some for my brother and them
Boy, don’t get chopped, and have plan between, it’s either us or them
Whoever on the other side of this gun, I’d hate to be ’em
Know that I’m forever steppin’ even if they take my limbs
Caught his first one, ain’t no gettin’ him back, see devil in his eyes
Make sure you double-check your mans, you know the snake, I’m in disguise
It’s crazy, before I got rich, my main members had to die
Make sure everything I do for y’all talkin’ up CG in the sky
Before rappin’ I was jackin’, hoppin’ out, takin’ on action’
Millionaire from the concrete (Blrrrd, blrrrd), it take a lot for my reaction (Blrrrd)
Up in the nine with Trey, we step, it ’cause [?] overkills with passion
Nobody who said who they seen did it, all they saw was choppers blastin’
Ayy, mad love for you, we built the chemistry up just to damage (Uh)
When it get real, everything go down, I never do no panickin’ (Nope)
Before I go, I’ma take ten with me, that’s my insanity (Crazy)
I just ran through this whole song, didn’t even use profanity 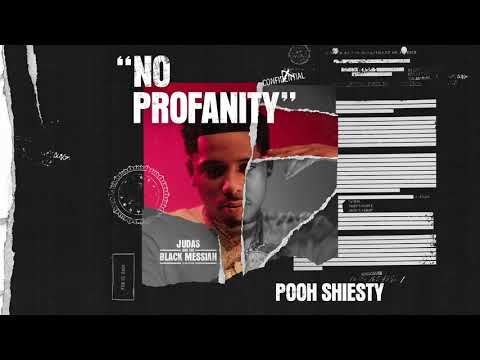