1948, Chicago, Illinois, a young panther was born
He became a man when he was just a little boy
Excellent athlete, he excelled in the classroom too
High supreme action speed, that’s when his passions grew
Racial injustices, poverty, slavery
He went to college, studied law, then joined the NAACP
A lot of bad things happened, people need to have answers
Why should he keep asking? So he joined the Black Panthers
Have a mission, known the system, invite, try to get all of them
Fight capitalism, the socialism, fight fire with war
The right cause, grow plan, that requires understanding
The life course of a good man, the Black Messiah Fred Hampton

Man had a lot of heart, some say a lot of nerves
Man had a lot of smarts, the man with the million dollar words
Led by example, righteous people wanna follow
Take a special kind of man to, unite the gangs of Chicago
Made ’em march in peace, become allies, soldiers
Supervised the police, they brutalized and controlled us
He wouldn’t miss a lot of tricks, told them what he knew about law
Informed them about politics, told them what he knew about war
All races, one vision, the American activist
Began the Rainbow Coalition, everybody thought Jackson did
Genocide, a global bliss, poetry like a vocalist
FBI’s Most Wanted list, revolutionary socialist

They can’t take it no longer, he getting bigger by the hour
Everyday getting stronger, the people give him more power
Intelligent, disciplined, he can organize confusion
Militant, different, he can recognize illusions
Maybe overthrow the government, protest, riots
Maybe even run for President, but who would want to keep him quiet?
The informant’s on the inside, he still seems unstoppable
But this is always how our leaders die because they getting too powerful
Like the barrel of a gun, crucified, he was only 21
Look at all the things he did in a short time
Imagine all the things that he could’ve done
If he could speak from the grave, Fred Hampton would say this:
“You can kill a Black Panther, but the Panther still exists” 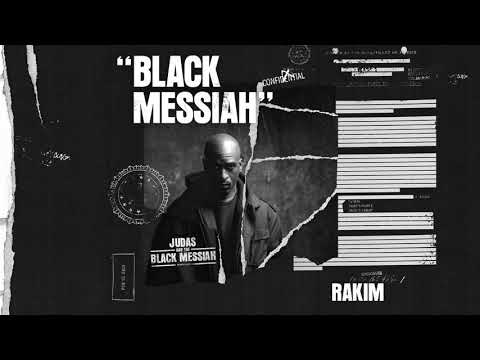 Rakim
Album: Judas and the Black Messiah: The Inspired Album (2021)