Calmly feel myself evolving
Appalling, so much I’m not divulging
Been stalling, I think I hear applauding, they’re calling
Mixtapes aren’t my thing but it’s been awfully
Exhausting, hanging onto songs this long is daunting
Which caused me to have make a call I thought was ballsy
Resulting in what you see today, proceed indulging
As always, the one trick pony’s here, so quit your sulking

Born efficient, got ambition, sorta vicious, yep, that’s me
Not artistic, unrealistic, chauvinistic, not those things
Go the distance, so prolific, post too cryptic, move swiftly
Unsubmissive, the king of mischief
The golden ticket, rare sight to see
I stay committed, embrace the rigid
I’m playful with it, yeah, basically
Too great to mimic, you hate you’re bitter
No favoritism, that’s fine with me
Create the riddles, portrayed uncivil
Unsafe a little, oh, yes, indeed
It’s plain and simple, I’m far from brittle
Unbreakable, you following?
I’m Bruce Willis in a train wreck
I’m like trading in your car for a new jet
I’m like having a boss getting upset
‘Cause you asked him for less on your paycheck
I’m like doing headstands with a broke neck
I’m like watching your kid take his first steps
I’m like saying Bill Gates couldn’t pay rent
‘Cause he’s too broke, where I’m going with this?

Unbelievable, yes, yes, inconceivable
See myself as fairly reasonable
But at times I can be stubborn
So, if I have to I will rock the boat
I don’t tend to take the easy road
That’s just not the way I like to roll
What you think’s probably unfeasible
I’ve done already a hundred fold, a hundred fold
It’s probable, that I might press the envelope
Ideas so astronomical
Sometimes I find them comical
Yeah, incomprobable, replay value phenomenal
Beat selection, remarkable, slowing me down, impossible

I don’t rock no Rollies
I don’t hang around no phonies (No)
I don’t really got no trophies
I don’t know why God chose me (I don’t know)
Got something in the cup, ain’t codeine (Never)
Change my style, they told me
Now they come around like “Homie”
Man, y’all better back up slowly, back up slowly
Woo

Who are you kidding?
How could you doubt me? I’ve always delivered
Ripping the teeth out of the back of my mouth
The closest you get to my wisdom
See my initial, thought was to wait
But what can I say? I had to come visit
Check on you guys, you doin’ alright?
Your year really sucked? Yeah, that’s what I figured
They cover they heads up whenever I drop

Shake the whole industry, put ’em in shock
Come out the clouds like a meteor rock
Then land on the earth like “Ready or not?”
Ain’t no one like me, the cream of the crop
Don’t even front better, give me some props
I pick up your body and throw it a block
Okay, I admit it, that’s over the top, not
Deer in the headlights looks every time I step my foot
On the ground I get mistook for a lame with no weight to his name
Ground just shook, let’s not beat around the bush
Even my B-sides throw ’em off like how’s he do it?
Some say I’m a great influence
I don’t know about that, but I did do the best I could

I always advance, say how I feel, you know where I stand
Raising the bar, I gotta expand
Top of the charts, I’m setting up camp
Pound in my stakes, I put up my tent
Shoot for the stars, they fall in my hand
Stick to my guns, I don’t even flinch
Can push all you want, ain’t movin’ an inch
I rarely miss, you know I’m relentless
Ain’t got a choice, no way to prevent it
Just who I am, and I don’t regret it
See what I want and then I go get it
Followed my gut, I’m happy I did it
Beat all the odds, I ain’t got no limits
Cannot be stopped, you paying attention?
I ain’t gotta say it, they know where my head is
They know where my head is

“CLOUDS” is a song by American rapper and songwriter NF. it was released on February 18, 2021

NF released the single “Clouds”, alongside a music video, and announced his upcoming mixtape of the same name, scheduled for a March 26, 2021 release. The mixtape will also include “Paid My Dues”, as well as guest appearances from rappers Hopsin and Tech N9ne. 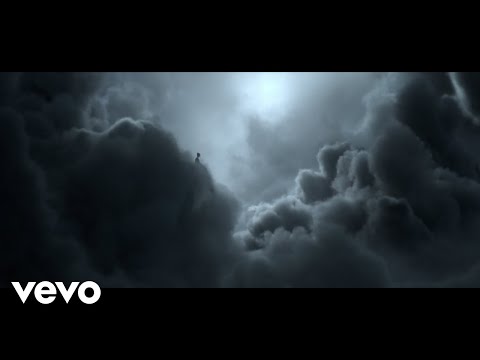