Woke up, feelin’ shiesty, give me that pussy nicely
Hundred thousand on an ice piece, finna fuck a Pisces
Fifty hoes wanna be wifey, that’s just too unlikely
Pull up, six deep just like the Isleys, pick your next move wisely
They say talk is cheap, but fuck that, my convo pricy
Two hundred racks inside that shoebox, bitch, it ain’t no Nikes
She think I’m finna trick, I told her, “Don’t get too excited”
Nigga, touch one hair on top of my head, them boys incitin’ riots
I fuck her from the back and grip her neck, she can’t keep quiet
This big, bad hood, you said you from lookin’ mighty quiet
I only eat my main bitch pussy, I’m on a strict diet
My shooter lookin’ like a center, homie 6’5″
Could kill me once, could even kill me twice, shit, I got six lives
I’m thinkin’ movin’ to Africa to marry six wives
I’m in New York, we stay with several pole and seven big knives
Might take his life for tellin’ several lies, can’t let shit fly
‘Cause if we do, he’ll tell the next guy, and then it’s all bad
Who said he could come around this side without a hall pass?
I used to tweak, pourin’ fours and Wock’ inside a wine glass
These niggas burned, tryna pop Xans for a bypass (Who the hell is-)
I see you niggas every single time like an eyelash
This bitch said she like athletes, so I walked in with them thigh pads
I’m paranoid, I can’t hang out for long, bitch, I’m a nomad
Christmas came around, and I had bought all steppers doormats
Inside the whip, the seats are bright orange like the Lorax
I’m built tough, was made to be outside just like Gortex
I should make a song about Ferraris, I don’t do ‘Vettes
My brother need a new tech, my mama want a new bag
This niggas flip-flop like every week, they in a new set
I know these niggas hate me ’cause I run like a nuisance
Too fly, over niggas heads like an air vent
Where I’m from, it’s one way in and out just like a camp tent 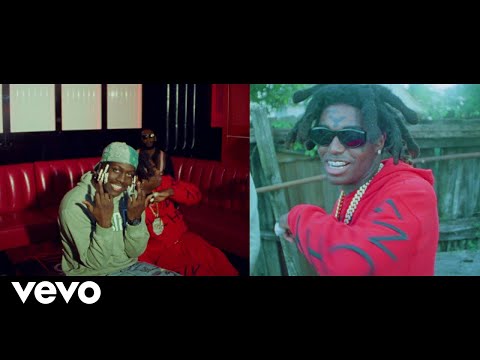