Bitch get the fuck up and stop screaming
Shut the fuck where that nigga that you post
If you lie to me Imma smoke you
Matter fact we bout to get the fuck on
I pull up thought it wa him hit that boy and he’s done
Shit like listen to ya I swear I ain’t did nun wrong
I might listen, I know
But this somebody that you know that gotta go
Walking out her shits she see the body get to screaming
Smacked her in the hair with the gun she get to bleeding
Tryna avoid the neighbors, they might be on some police shit
I tell her Drive, she like “Boy I’m bleeding I can’t see shit”
She in the the passenger I got that bitch on child lock
I’m racing out her complex cause now her spot too hot
Thinking to myself like “Damn, I move away too fast”
She like “Please tell me what I did that made you mad”
(I’m bout to tell you right now)
I pulled up her [?] picture, I’m like
“Tell me everything you know about this nigga” (right now)
She seen his face and her eyes got bigger (wassup)
She like he be shooting shit and all his people killers
He took me to his house 1 time on Grand River
I give you the adress just don’t kill me I got children
This bitch wasn’t thinkin’ bout them kids when she was strippin’ (at all)
I can’t kill this bitch until she bring me to this nigga (at all)
I’m kidnappin’ you for bein’ around me, still a privilege (bitch)
She do some
I check the tank, damn we need gas (need gas)
In the first day kick, this bitch bleeding bad (put some pressure on it)
I pull up to the shell, my [?] being fast
I told her if she make a move that’s gon be her last
I got her phone [?] calling, I’m like “Ay bitch ask this swear you better not panick, bitch pick up and talk that sexy shit”
She like “What’s the word”
He like “[?]”
And her ass fat I know he want to hit it from the back
She like “You be playing, I’ve been tryna see you”
He like “Who you with?”
She respond “I’m with my people”
He like “Pull up on the block I’m with the gang” (with the gang bitch)
We ride past is 20 niggas he got on my chain
He call her phone like “It’s a niggas in the car bitch I just seen”
[?]
I snatch her phone and I’m like “Bitch I’m killing all you niggas”
He like “You know where we at, pussy, fuck [?]”
I’m like “Aight bet, hit the hood, grab the bros, grab the tecs
Extra clips, couple vest, niggas dying on the set
They think they don’t bleed
Can’t believe how he is was talking
Ion even want the chain back, put him in his coffin
Kick the bitch apart the car
I kill her tomorrow
But I play it like it’s cool, gave her [?] and I’m sorry
Pull up in they hood, bout to [?] their fucking block up
Park around the corner, hop out jump and [?] choppas
They like we wouldn’t come, I do not lie
They got hoes with ’em, niggas die for thinking what they copped
Bro hop out the bushes and like shots fly
I see [?] on my chain and let the chop rock
I see [?] and niggas dropping
I run up on [?] bitch what’s popping
[?]
Months later police charging me with Homic
I know my niggas ain’t say shit
Them niggas solid
Ain’t no witness or no guns, we going to trial
The lawyer say it’s looking good, I’m getting out
We finally get in court, the prosecutor talking [?]
She say the stripper bitch had cameras on her house (What?)
I ain’t even see them bitches I’m like “How?” (that’s crazy)
I stood up and [?] bitch I should’ve layd you down 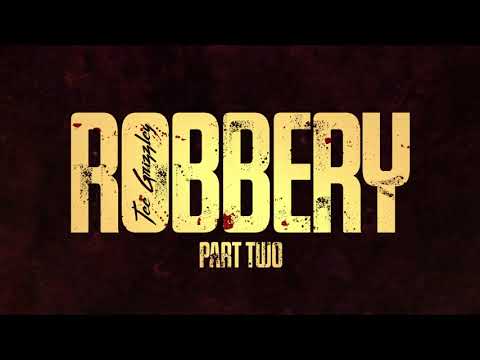