And it’s still a few hitters from the six (Six)
Jumpin’ over bodies when them boys ain’t hit the switch
Niggas deaf, who you think around the corner? It’s a drill
All these blues on me, man, they thought I had a deal
I’m from the six, we don’t do no drive-bys
Walk up and say “Hey”, fuck who you with
We gon’ pull up bangin’, all my niggas gangin’
Keep a blick, smokin’ on that stankin’, man, that shit get dangerous
Draco, ain’t no aimin’, all my killers angels
Like “Who is him?”, you don’t think the nigga safe, he lose a limb
Fifty thousand for the chain, half of that’ll get you hit
Oh, shit, caught that boy dissin’ Lil Boo, now he dead
All blicks, we just play that shit for keeps, that’s all year
I let it off, I keep my blick, I set it off up in this bitch
I seen it often in this shit, since hella young, since a jit
He said it all, I heard that boy he rat, I heard that boy he snitch
I bet it all, I bet the opps know not to pull up on the six
A hundred flicks, that’s a hundred shots, look like we takin’ pics
Memo a trip, he just start shootin’, I told him “Get a grip”
She watch her left, sayin’ “Six hundred K’ll get you killed”
And I’m off a pill, I’m just sittin’ back, how I got the drill (Von)

These niggas hoes, you know I know
He think he slick, I know he told
I’m on the road, still tottin’ pole (Huh?)
My gun be hot, your shit be cold (Boom, boom)
If you get caught, you better not fold
He had a case, his bond on hold (Damn)
He still locked up, it’s takin’ long (Uh-huh)
She wanna know when he comin’ home (Damn, damn)
See, shit it’ll get real, you ever been on the drill?
When no one you shot got killed? I’m just keepin’ it real
Have you ever been in the car with your homie who don’t got the wheel? (Damn, damn)
He can’t slide, he need him a pill
He a bitch, it is what it is
That’s your mans that you’re tryna uplift
But when it’s one time, niggas ain’t gon’ do shit (Nah, nah)
Them niggas ain’t slidin’ no more
The opps outside, man, them niggas ain’t hidin’ no more (What?)
Well, I guess we ain’t have the guys no more
When you see a nigga killed your brother, you don’t ask, just blow
When I fuck with stars, give me passes though (Damn)
And if you don’t wanna shoot just pass it, bro
Fuck y’all wearing them masks for? (Huh, what?)
Niggas got guns, but they ain’t gon’ blow (Yeah)

Yeah, I know a rich nigga homeless
Got me a deal, ain’t homeless (Yeah, yeah)
I’m a real nigga for life
But I ain’t tryna risk my life (Like yeah, yeah)
I was down bad on my dick and a nigga ain’t take my advice
(Yeah, yeah)
I was tryna make my night, but the Percocets ruin my life
(Yeah, yeah, gang)
Spent a whole M on my children
I was fucked up gettin’ meal plans
Lambo’ dark and it still tints
Money on the lawyer and I’m still rich
I fell off once and I’m still lit
Voice of the streets, it’s real shit
I did a lil’ time in ’18, it was shit
Pounds in the mail, they ain’t mail shit
I’m in school with a Kel-Tec
I love my brother for life, he lost his legs to a wheelchair
How you get blocks and you ain’t kill shit?
How you run blocks? You ain’t kill yet
I ain’t even pop my pill yet
Most these niggas can’t feel that, yeah 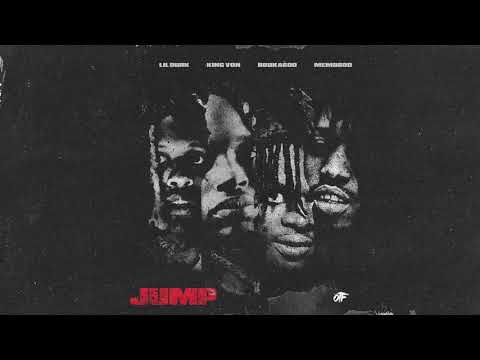