Long Legged Larry was a frog at the pond
Jump so high, might miss him while he gone
Jump over anything, even King Kong
Jumping Jack Flash was his favorite song
Now once upon a time there was a cat in a tree
Chased a squirrel up, been stuck since three
The fireman came, said “It’s too high for me”
How’s that cat gonna ever get free?
Young Jack Turner was a staple on the block
Said he knew about a frog with an XL hop
The neighbors started laughing, but Jackie wouldn’t stop
Ran off, came back, guess who he got?
Well, it was Long Legged Larry, didn’t open his mouth
Like a rocket to the moon through a cumulus cloud
Touch down safe, lay the scaredy-cat on the ground
If you listen real close, you can still hear the crowd

Larry doesn’t care
Jump so high grow a beard in the air
Jump over anything, even Times Square
Yelling “Long Legged Larry for mayor!, Here! Here!”
Now once upon a time there was a princess in a cell
In the tower of a castle, through a forest on a hill
Half the men that ever sought her out had fallen ill
All the men that ever tried to climb the wall had fell
Handful gather at the base of the place
Each claim way braver than the bravest you’ve faced
Bunch of dingbats yapping about saving the day
But wait, a silhouetted amphibian face in haze
Well, it was Long Legged Larry on the back of a steed
Leapt up yelling “Jordan!” Kiss the girl on the cheek
Touch down safe, show the lady back to her peeps
If you listen real close, you can still hear the streets

Larry’s on the case
Jump so high pluck a star out of space
Jump over anything, even Salt Lake
Jump into the mosh pit, jump out of a cake
Now once upon a time there was a circus in town
Some went for the cotton candy, some for the clowns
But the high wire act was the most profound
Had a poodle on a unicycle, rose in her mouth
Ten o’clock show get the poodle in position
Ten seconds in the unicycle starts tipping
Now the poodle barely clinging to the wire by her mittens
But what the heck is that thing in the distance?
Ribbit, Long Legged Larry, a sight for sore eyes
Known to give a dog a ride seconds after he arrives
Touch down safe, give her some kibbles and rawhide
If you listen real close, you can still hear the vibe 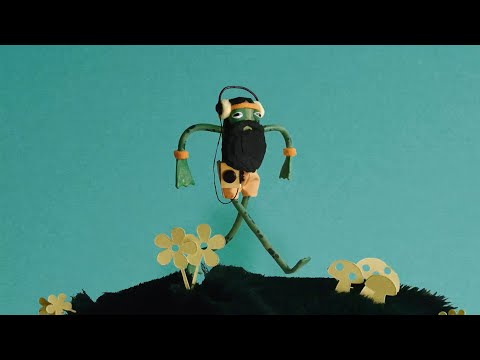