Smoke dead niggas to the face, come on bitch, yeah, we can match
Yeah, it’s a fifty on the Glock, that’s why the clip looking so fat
Caught that nigga ass lacking, hollows ate that nigga back
Fuck the plug, bitch, I’ma call him and just walk out with the pack
It’s a thirty on my nine, I walk down, don’t need a splat
We done popped a couple niggas, fuck the opps, tell ’em it’s dap
Fuck that dead ass nigga, you crying, can’t get him back
You gon’ hop on live tweaking, we gon’ pop up, where you at?
I haven’t popped out all weekend, you tweaking, like “Where you at?”
And he be dissing on the gang, his brain, we just melted that
Don’t think they taking one of ours, don’t worry, we spin it back
Off with his head, knock off his dreads and knock his fucking pelvis back
We drop locations on the daily, they faking, they [?]
Can’t get him, we get his lady, just gon’ push up, fit it back
All that tweaking on the net, I hope you really living that
Boy, I be chasing niggas down, hope you don’t think you running fast
We [?] drama, we tote choppas, we bring you where your mama at
Hogtie her ass up and put her in his garbage can
Toe tag, body bag, put these hoes on your ass
You know lil’ bro, he be on go, he call himself, just blast his ass
Hell nah, we ain’t broke, bitch, we be getting to the bag
I fucked his sister and his B, I’m not that pussy nigga, mad
Bro stop the car, I’m hopping out, I jump back in, you max the gas
I think that bitch had a lil’ turbo, bro be driving extra fast
She crying but her baby not dead, mama extra sad
But I’m looking for your brother, I can’t wait to catch his ass
Can’t get one and not the other [?], extra mag
Catch them groupies, getting to it, I’ma stretch one them ass
I can’t [?] left his mask
It’s ’cause he left him, the most well of them [?] in a body bag
Ain’t no coming back from that, lil’ pussy boy, you extra sad
Oh, you remember search and killing but left your fucking man
Smoking [?] who killed himself, I start to choke, this hella gas
Get in my feelings and smoke tiki, that’s when I get extra mad
Thirty-three up in this glizzy, finger fuck it extra fast
Catch a opp, I ain’t have my gun, I fucked around and stole his ass
He wanna run with them niggas, fuck it, we gon’ smoke his ass
Baby Drac’ fit in my pants, I don’t need a toting bag
He wanna run with them niggas, fuck it, we gon’ smoke his ass
Baby Drac’ fit in my pants, I don’t need a toting bag 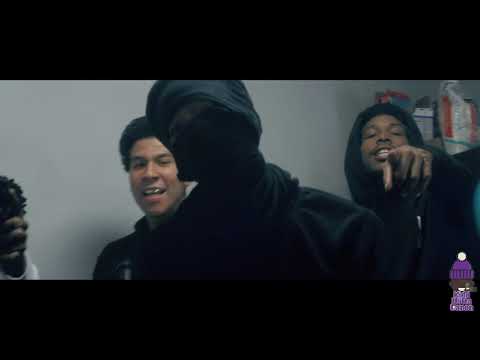