I’ve not got around to reading a Bible
Still tryna lead them a worthy example
So I know I gotta get married, it’s vital
I was on one knee right under the Eiffel
Holding a diamond bigger than a blueberry
When I had a blackberry, it was survival
That meant a flicky when anywhere I go
All cause a rival took shots at me with a rifle

Blood on the tips on my fingers
Done a Bruce Lee then I licked em’
Bit off the end of a spliff then I lit that
I was on a carpet doing crunches tryna get me a 6 pack
Dreams of me pushing his wig back
Nightmares of me getting 26 in crown court
Never been much of a shooter, but I’ll still bang off
Ask them man that I kidnapped
No comment all the way through on an attempted M I didn’t even do
If they’d have got my phone, then I wouldn’t have been here
Cause I would’ve got released this time last year
And I can clearly remember
Saying to Webby that I want a short back and sides, a ‘tache and a beard
Them man are airing my stripes, I told them put a line in my eyebrow
I’m a bad boy out here
Me, I’m just sketching, into my sketch book
I can forgive but I don’t forget much
Let me just add an additional bit of perspective
We would eat fish fingers with no ketchup
Now we eat lobster and I’m in a tracksuit
Sat in San Carlo and I’ve got an AP like I’ve been Narcos
I’ve got a big business, there’s boxes at the cargo
You’re looking at a mogul, I might sign me a younger that’s spitting on drill
Teach him the business and make him a star, then build him up until I’ve made him a mil’
But don’t get it twisted, me I’ve had opps but I’ve beat everyone of them 3 or 4 nil
I’m looking at houses for 3 or 4 mil’
Even though I got a castle in the middle of a field
I miss standing on the roadside with my hat pulled down so the cameras couldn’t see me
I miss getting a bar on my pedal bike, they were the days where with shoeboxes full of money
I miss having beef with a rival gang and having 25 of the mandem with me
I miss getting along with my family, way back in the day when we had that little red Mini
Looking like something out of the Italian Job
I was in the weed game, now that there’s Cali and dog
I would’ve sold out selling in bags or in little green tops, they can never keep up
It’s mental
I’m like a PlayStation 5 and their a Nintendo
You might see my personality switch but I’ve never dropped a crumb, I’m no Kevin Wendell
The way I’m speaking into the mic, like Salvador sketching in with the pencil
I get deja-vu like Denzel
I’ve got a Bentley but I can get tekky with a rental
My God, that’s what the waiter said when I got on one knee
Everybody clapping their hands cause a black guy getting engaged, you don’t see you just grow up
And you’re lucky if your dad bothers to show
Everybody wants to know you when you blow up
And it’s a shame cah you reap what you sow and I already know

Still I’ve not got round to reading a Bible
And I’m tryna lead by a worthy example
So I know I gotta get married, it’s vital
I was on one knee right under the Eiffel
Holding a diamond bigger than a blueberry
When I had a blackberry, it was survival
Meant a flicky when anywhere I go
All cause a rival took shots at me with a-
Fuck off 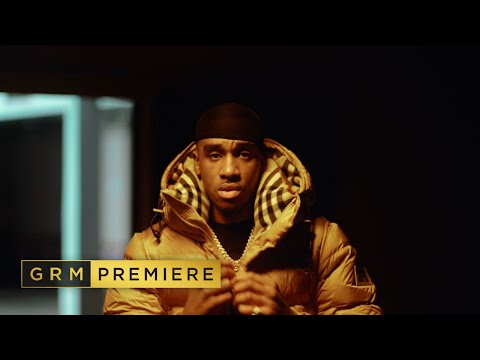