Damn, I ain’t writing a rap and then memorizing all the shit and then
Should take a shower and then you forget
Uh, ayo

Break fast like a gat blast
It’s half passed, time to get rid of the trash
Don’t do it for the cash
I’m writing beats while I’m whippin’ the BM
Shit that make you throw up your hands like 12PM
Youngins on the come up, yeah I see ’em
I’m the old head now, uncle at the barbeque like “Go ‘head now!”
We ain’t stuck in the past
We living in the moment trying to make it last like a photograph
All the way from Maryland to Malibu, this rap shit will humble you
Then balance you, then challenge you
Ayy, check it, ayy
I used to think it was bad bitties and big chains
Looking up to Yeezy realizing I was his thing (Yeezy, nigga?)
But then I again I was never one for the big brain
Dilla-dolla bill, presidential on my wrist, mane
Yoga flip flame
Fuck what everybody doing, right here I’m with this thing
You got cars, homie?
You got bars, homie?
This is out of this world, this is Mars only
Yo, ayo
Not too many can do what I do
I’m the rap bastard
My style been perfected and mastered
Get mad and get pestered
With Doc. D getting plastered
Lyrically, I’m Skywalker if he ever went to the dark side
I got gas like Far Cry, R.I.P
It’s the M-A-D to the G-I-C
Logic and Madlib is MadGic, your catalogue tragic
Fuck a underground, fuck a pop sound
Made this whole album in a lockdown, hip hop is our town
Hairline like Doc Brown but I’m killin’ it
Madvillainous, fuck a review we make it for the people who feeling this
Fifteen years, yeah, we still in this
Yo, ayo
Broke in the pop game and they say I sold out
Okay, no doubt, go for the window of any business a sold-out sign
For making it independently, I’m the outline
You could never out-rhyme, outshine
‘Bout time that I got the recognition
They love you when you ain’t got no pot to piss in
Shut the fuck up and listen
Yeah I was here and then they ditch him
I retire, then they miss him
I come back, and then they bitchin’ like “Ah!”

Yes, this is so
You know what it is?
I’ve never rapped like this before, and it’s actually hard
It is actually a challenge, bro
And that’s what fuckin’ music is about
And that’s what hip-hop is about
Matter fact, save this nigga
Put it in the hook, here we go

Yo, ayo
This is lyrics when you hear them
Bandana revered but ain’t no need to fear it ‘less your shit is wack
Got nothing but bars, word to Bourbon Street, hard as concrete
Take a scalpel to your ankles just to show you defeat
Let it register, then peep the receipts
You sow what you reap
A lyrical freak, far from my peak
And the word on the street, I bring the heat
I can’t lie to you
I’m here to body you, to hit the motherfuckin’ rendezvous
Check, shit is god level
The revel, nobody can rebel
I’m sick as the devil, I’m Dwayne Johnson, you fuckin’ pebble
Presidential with the vessel, never one to embezzle
My dick big, my money gross, let’s toast to excess
Peep the success, bitch I’m in the middle of little Italy
Literally no way you could never get rid of me
‘Cause I started from the bottom, the basement, the fucking garbage
Now I’m on top and you talking shit, hell nah bitch
You mad that I’m rich, you mad that I made it
I’ll rub it in your face and paint it in your blood just to illustrate it
Leave these pussies castrated, and faces exacerbated
Spend all day talking about me, you fascinated
I’ll rip your intestines out of your abdomen through your asshole and kill you with ’em
I’m sicker than venom, I’ll murder you like OGs in prison
Do to child molesters and rapists of women
I’m a beat shark that grew legs and evolved from swimming
You know I started from the bottom, flows I got ’em
Bars, I got ’em, yeah you know I fuckin’ got ’em
Leaving you stuttering to g-g-get shit out like Joe Biden
Ridin’ in the whip with the homies on some m.A.A.d City shit
This that gritty shit, Brooklyn Nine-Five, New York City shit
You can hate me now, P. Diddy shit
I started from the bottom, yeah I really did
And everything they say is true when you get really big
$500,000 for a gig, that’s why I bought a Charizard for a quarter mil’
Hip-Hop Twitter mad, fuck how you feel 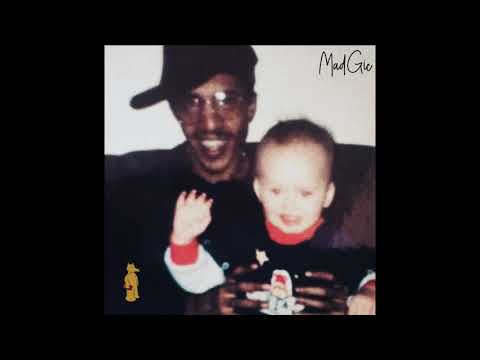