Lame ass hoes ain’t got no clout, man, a bitch fell off like humpty-dumpy (Hahaha)
I can punch a bitch one time in the face and that bitch gon’ drop like she bungee jumpin’ (Bah-bah, bah-bah)
Track Star called, that’s a trick ass nigga, that just mean that nigga finna run me money
Never understood dressin’ up for a casket, just get a onesie, onesie
Man-made griddle, little sauce in the middle
Better hold them pickles, this is not no riddle
This is not for the giggles, top five, no nickel
Every date, black men, I do not do The Wiggles
And now a racist gon’ be sentimental
Bitch get beat like an instrumental
I pull up, they take it back, rental
Choppa make ’em taste of rainbow, Skittles
Hoe ass bitch tryna flex, that’s pilates (Huh)
Freezer burn on my fuckin’ neck, I’m so icy (Huh, huh)
He’s a bitch nigga in the flesh, that’s my wifey
Exchange my ex for some change, that’s more like me (Cha-ching)
You know the money comin’ first
Tell a nigga hold his thirst
And I’m never givin’ shit to no bitch, so I’m never bein’ reimbursed (Huh)
These hoes faker than they purse
I don’t even know what’s worse (Ooh)
Still havin’ to introduce yourself while your name on your chain must hurt
‘Cause nobody knows you, unfortunately, that’s the way life goes
Let ’em meet a god, now she got the white gown to match them dirty white toes
Pop out face-to-face on a bitch, she know this shit finna be a Ike show (Brrrah)
Now she like, “I ain’t even mean to say that”, turned that bitch to a typo
Ayy, fuck that, “Hell, hell, hell, naw, nigga”
All the lies involved niggas
It’s cap, cap, cap, cap
‘Til it’s off with your hat, Jake Paul niggas
Spin his ass, I revolve niggas (Bah, bah-bah, bah-bah)
A friend is what I don’t call niggas
Drop 8K on a shih tzu, you won’t give that cake to your dogs, nigga
Spin the motherfuckin’ block one more time, let the little nigga know I’m not playin’ with his ass
Female rap so borin’ right now, man, I can’t even cap, throw these hoes in the trash
Huhhhhh (When I hear they shit)
Huhhhhh (They illiterate)
Huhhhhh (Need to fuckin’ quit)
Huhhhhh (What the fuck is this?)
Sit me in a burnin’ stove, before I ever sit in they shows
The only bar that they ever told, was that the bar is too low
I can make a nigga drop his hoes, he be like, “Adi, adi, adios”
He put his dick in so slow, this a wet vase so his dick arose
This that Ricky, Ricky Bobby
Living room bigger than a lobby (On God)
Wanna wipe a nose but it’s snotty, big bags on me like a trolley
Dick caught in my mouth like jolly
Long as he come out his walley (Bling)
I just killed this shit on gang (Cha-ching)
Niggas buried, first name Halle (Cha-ching) 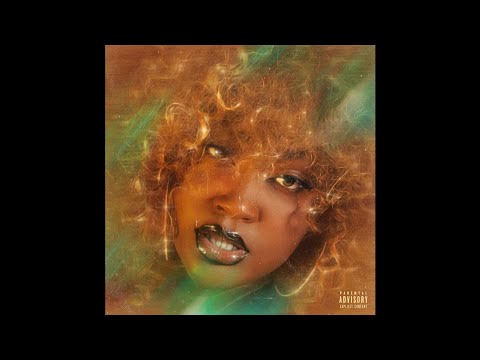