I’ve been watching everybody doubt for
Every single level since i came up
And i know they still waiting on the downfall
So yall can keep all of the fake love
Start it up when I hop into the mix
We been doin it again
Aint no waiting for the pit stop
Imma put another target on the top
Like im happy in recovery and homie, i dont miss shots
Ain’t no missed ops,
Bout to lift off
I run that s*** like a Testarossa
This heart hop gang
Hella popped off aye
But its Just Us League
Not La cosa nostra.
Now get your hopes up
We back all in it
Realest s*** in this game my gimmick
Now I’m paid some I ain’t changed one bit to fit in with a label or the critics.
Like, No
Y’all gon need more than some stupid comment hate to stop me.
D1, D2, D3, killed it, b*** I run this team, I’m Bombay
Got respect
No opiates, but i rock a set,
Till I’m feelin high, like it’s the greatest drug.
I just did the work, i dont manifest.
I’m like man of steel with no kryptonite
Got no chance, just skip the fight
I gave all that i’ve got to the songs i write
I feel bad for y’all that don’t get the hype

Still I keep feelin like maybe these people that hated are right.
Like I just got lucky and all of that I built could be gone overnight
I gas up the ego with all of the talk how I do it myself.
But i dont wanna say when it really f***s up all the mental health, cuz

Oh thats too real lemme step back
Where the bars bout the girls & the checks at?
Never got into the game tryin to get stacks
But if you got a couple fans lemme get them
With the nerd rap emo, rap, skate shit
A home run now bout to run the bases,
I put the work in on the night and day shift
F*** fame i just wanna reach some greatness
I’m so impatient, I’m uncontrollable I don’t listen to no one ya,
F*** a label it’s independent detour & I just do what I want
Vegas represent, year round resident, check the evidence, i dont trust
Anyone, so the circle small im only involved with the ones i love.
.
Yall still don’t acknowledge how I move you must be blind.
Am i at the end or just begun? i can’t decide
Failure just the training for success thats in disguise
Found that out and started cutting ties..

Always felt like i didnt fit but right now i see
Gangs of people who listening all around the world that all feel like me
F*** the clout cuz im here for yall, i swear this success is mostly yours.
So welcome back to the detour…

King of the, “i never thought he would do it” they bout to be crownin me
This is like marvel the way they anticipate everything that i droppin undoubtedly,
Block out the hate cuz the fam and the friends and the fans who been here for the journey are proud of me.
Runnin this shit for so long got the stamina now i’m just burnin these bitches like calories.

Lookin around at these,
People who doubted me,
Now they all wanna be actin like friends
Keepin it real and we finished the trilogy
I dont know if ill be back here again
I never imagined we’d make it this far
And I’m still feelin like ive got nothin to lose
Took me a while but I’m finally comfortable
guess it just took me a minute to bloom…

And I just hope that road will finally take me home.
Cuz I’ve been waiting such a long time, long time to feel right so… 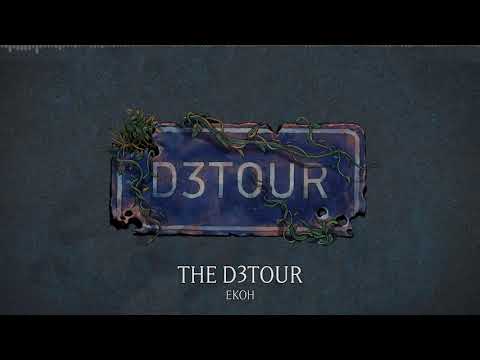