I know you see it, girl
This ain’t sitting real good to my soul
Everywhere this little girl goes
She pick up another obstacle
She was my heart
I don’t know the tribe or the fall
But by default she don’t think of me

I thought she was an Indian (Navajo)
she be slangin’ thangs like a simian (now I know)
All my life wanted an Indian (there she go)
Now she’s far away
Ran my own shit since 2015
No team, just me and the friends
We doing our ting
South by Southwest, they swarm to the stage for me
But it wasn’t for me, like actually
I performed for five people
Including the janitor, including my manager
But I was performing like ninety-nine was my stamina
Eighty-eight was my overall
Held my heart to my chest like my heart was sitting on overalls
Life testing me constantly like its filming an over all
Talking to myself like when I make it it’s over for y’all
Now they can’t wait to put their hands in the air like a know-it-all
Then I put my bad bitch on side stage to show it off
Ironic, cause I ain’t know what I was doing I’ll be honest
But I knew that I would make it crazy
I’m just exaggerating the thoughts of me contemplating
Was constantly haunting me, maybe
I should be modest
Maybe being top ten was not it
The thought of even trying make me vomit
Mom’s spaghetti but I was armed and ready
Ran out of bullets, machete
I cut the doubt off cause that was my downfall
When the beat switch up, it’s going down y’all
Between an eighth and a pound, that’s where the ounce fall
And I could never fall
Like Balenciaga on the sweats when they tried to attach it to the draws

Real n**** for life
(Uh)
Freddie Gibbs brought me on my first tour
(Uh uh uh)
But I ain’t take that line personally though
(It’s mandatory)
Cause the cubans is diamond but the jeans is relaxed fit
(Yeah)
Dries
We don’t do skinnies no more
(One two, one two)
Mh, time to cut somebody up like a good joke
(Ah, yeah yeah yeah)

Now I’m cutting n****s up like a good joke
I’m in some n****s mouths that I’m not thinking about
I’m too focused on good throat
And right after I nut, switch it up, switch it up
Now the focus is getting dough
You ain’t got a SWAT team, we kicking doors
These pussy n****s watching, we hitting ghost
While you n****s chasing bitches we hit before
You n****s is hypocrites
We grip on the hip to hit
The target we militant
You hiding behind the tint
I bust through the glass, n**** that’s your ass
Whether you guilty or you innocent
I fuck, I fuck
Santa Monica, I sin again
I might say who gon’ win the Super Bowl again
I’ll say who’s winning the playoffs and tell my friends
To bet all of they money cause when I say it and mean it
You seen it motherfucker that shit is happening
(Visionary)
Bitch I’m on top like it’s missionary
Got the cruise in control like this whip is Terry
After the dick grab, hit em with the Harry or Harvey
(Weinstein baby) Hahaha
I’ve been trynna write but lately I’ve been Jay-Z
I’ve been off the top like Kodak, you ain’t get the picture?
(Maybe)
I’m almost at the four-minute mark
Opps waiting for a n**** to lose his spark but that’s
(Crazy)
Bitch I could keep going
Lil Wayne on this thing, I could take your advice but you don’t
(Pay me)
Matter fact you kinda did with the stream
But you know what I mean bitch, nobody could
(Tame me)
Number One on Billboard, it ain’t a Hot 100
But it’s still one outta a hunnid, that’s
(Crazy)
I think I said crazy already but
I’m going dumb through my eyes, dumb through my eyes
Dumb through my–
(Lazy)
I’m clever with the bars, mixologist with a scholarship
I’m smart as shit
(Baby)
I’m shaking up the ground when I move, ground when I move
Ground when I move, pray for
(Haiti)
Just bought another house, bout to put a wine cellar in this bitch
Word to
(Amy)
Uh what– What else rhymes with Amy? 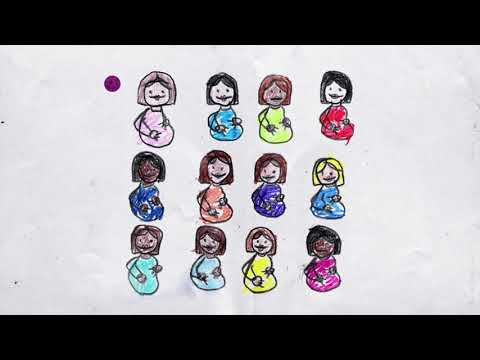