So much water on my neck, It’s like I’m detoxin
Two drums and two sticks I’m beatboxin’ (Grr, Hey)
I wish he would, We gon’ treat top him (Pop, pop, pop)
I just blew 150 out the safe, I had to restock it (damn, damn)
Fuck a grammy I got the streets watching (streets watching)
And for my bro I wear that red until I’m dead
I know that he watching (R.I.p)
Left my ex bitch cause she toxic (Goddamn)
Got this new bitch now we toxic, Can’t cap, I been toxic (Damn)
Told ’em pussy niggas keep watching (hm, hm)
Always got the .40 on me with the beam and plus I keep options (Grr, Pop)
Ready to get it started (Pop), Vv’s on my chest
Now I’m cold hearted (uh), Diamonds go retarded (uh)
Living in big houses from apartments, Bitch I made it out
My money and my loyalty, Two things I’ll never play about (hm, hm)
My oppositions tryna take me out (Okay)
And I’m fucked up in the head and they gon’ make me bring my brazy out
Fuck what you thought ain’t shit to think about (No, no)
A Twenty pack could get him whacked, Turn my head up “Fuck it, lay him out”
We gon’ ball regardless, Twenty bottles in my section, Look like alcoholics (Ooouuu)
Free my blooder, Murder gang, I hope you beat them charges (Gang)
I be on that private plane, Champagne when we departed, OG I’m the God
So much body on this bitch can’t even park it
I don’t never rep my jewelry (Skrr), If I were bitch I bought it (Facs)
That’s cause I could afford it (Facs)
I’ve been fucking up these rap beats so long, It’s getting boring now
They like “M.A how you been?” can’t even call it
I just handle business, Mind my business, Feet up in my office
Prolly counting racks out, My stacks look like math books
The money turn me on, It’s just some’ bout “how that cash look”
Bad bitch she need her ass whopped (need her ass whopped)
She a pretty lil dicky, But ay lil mama “how that bag look?”
You look good but if you’re broke then, That’s a bad look
Turn around, Let me get that last a look (Ooouuu)
Get out of here
Fuck outta here (Hah)

Bur— Bur— Burn away a carbon beam, knock your legs off
Tried to get away from me, had a standoff
Hit him in the spine, knock his dreads off
My woadie just caught a body, I nicknamed him Randy Moss
Thuggin’ in my Reeboks, ridin’ with a G-SHOCK
Shh, I heard he shot, Draco make ’em beat box
OG made that sharp turn, woadie spot ’em, peeled the car
Had a mask on, Draco make ’em beat box

In Miami with my motherfuckin’ heat out
With another nigga bitch, said she got her feet out
I walked in the party, I’m on my big goon shit
Ready to get it started, bitch, I got no sense
Oh, he the plug, ridin’ ’round with four bricks
Call me Kobe, twenty-four on me
Can’t fuck wit’ her no more, that lil’ bitch, she do the most
I get my groove on every time I see them folks
I got the antidote, I’m thinking that’s something you need to know
I’m smooth and I’m cold, she know my wrist on froze
Skinny jeans on with a big bankroll
She playin’ my song, I got her takin’ off her thong
I’m tryna get it on, she feeling all over my Peter bone
Two rights don’t make a wrong, it just go on and on
I’m kickin’ shit like Jackie Chan ’til they got my kicks on
I aim, I hit my target, I’ma up this bitch regardless

Bur— Bur— Burn away a carbon beam, knock your legs off
Tried to get away from me, had a standoff
Hit him in the spine, knock his dreads off
My woadie just caught a body, I nicknamed him Randy Moss
Th— Th— Thuggin’ in my Reeboks, riding with a G-SHOCK
Shh, I heard he shot, Draco make ’em beat box
OG made that sharp turn, woadie spot ’em, peeled the car
Had a mask on, Draco make ’em beat box 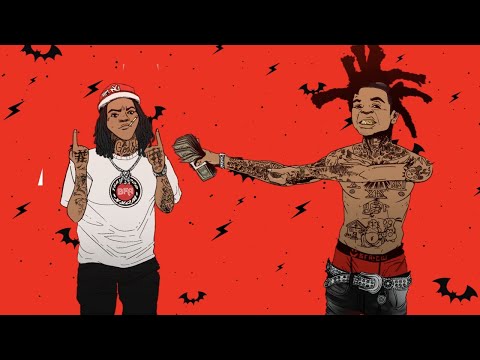