Uh, yeah
I guess
I guess, I fuckin’ guess

Wanted hood fame ’cause the love different
Mobbin’ with the gang, daily drug dealin’
Rappers who to blame for me mud sippin’
Puddle full of pain come from blood drippin’
Just designer shoes, really no ambition
He just savin’ for the next club kickin’
Shawty ain’t got no morals but a dime or a five, only time we judge bitches
Feel like fuck the world, fuck his enemies
Dead niggas in his lungs hittin’
Nigga, ain’t no guidance when them thugs drillin’
Just a bunch of sirens and them slugs spittin’
Mama told me the block gon’ always be there
But not if it’s gentrified, I’m just reppin’ where I was raised
Nigga, I ain’t never had me an option to pick a side
Lot of shit changed in the hood when my niggas died
Really don’t shed tears but a nigga cry
Whether it’s us or police, we get victimized
Angry and ignorant, we never civilized
Fuck a political figure ’cause I’m still a nigga
Can’t win me over with a stimulus bribe
Still want me stuck in the system
They hate that we chosen to kill ’em inside
I can’t breathe and this mask can’t muzzle me
Can’t conform and they hate my reluctancy
Yeah, I made it out the hood but it’s stuck in me
From the slums, always where the trouble be
Ain’t a rapper in my lane that can fuck with me
Man, this whole new generation is under me
Don’t know how I can say that shit humbly
Way at the top, I’m just waitin’ for company

I mean it’s, it’s lonely up here, like
It’s cold, all type of shit, like
But, nah, for real, though, like
I just really be thinkin’ sometimes, I hear myself spittin’
I’m like, “Who can really fuck with me?”
But that’s another discussion

Do this shit for my ancestors in them slave fields rockin’ corduroys
You can get the picture like a Polaroid
Niggas say we opps and we don’t know them boys
When these rappers talkin’, I be so annoyed
Say they makin’ noise but it’s only noise
A confrontation, what I won’t avoid
My confidence, that’s what they won’t destroy
These niggas missed they targets, hit the youth
They ain’t tryna bargain, they just shoot
The apple don’t fall too far from the tree
Them guns that’s loaded like forbidden fruit
Line ’em all up then it’s R.I.P., ain’t apologizin’ in the booth
A prophecy, my life the livin’ proof
Give props to me, what I don’t hear ’em do
Keep sayin’ I’m the G.O.A.T. and they never believe it
Quite frankly, I’m gettin’ tired of tellin’ you, Cletus
I been on the roll like I’m paraplegic
Way up on the opps, we’ll never get even
A lot of sick talk when them weapons be speakin’
Go cry to white chalk ’cause they left him not breathin’
Slave to the block ’cause they chop what they teachin’
That’s why we outside in whatever the season
A hundred years ago, they would’ve hanged us
Before Cuban links, we was chained up
Free the ones, the asset that we pray for
Know a constitution never made us
I’m just waitin’ on a revolution
With no fear, I’m older when that day come
Either house nigga or a mansion nigga
That refusing’s covered up a pay cut

I’m the Deputy Chairman of the State of Illinois Black Panther Party, Fred Hampton
I be teaching that solidarity is a thing
The end of, complete wipe out of imperialism is a thing
So, if you’re gon’ be thinking about me, that’s what Bobby would be teaching
If you’re gon’ be thinking about, “Ain’t no thing about going nowhere, getting killed”
All we want to know is that you’re doing what we’d be doing if we were here
And you got to do that
You can’t do it unless you believe that you can do it
In the spirit of liberation (In the spirit of liberation) 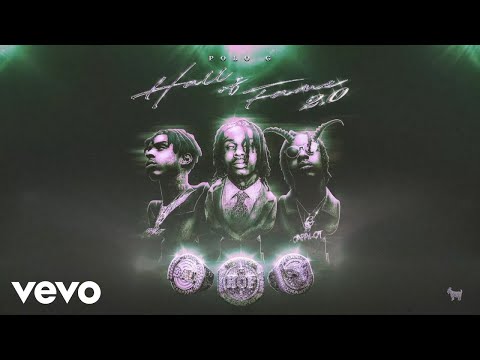