Who would’ve ever imagined the fathom that we would actually make it off of rapping? (Uh)
I had a feeling that this all would happen
God’s timing is perfect
The last album was about finding your purpose
This one, start rewinding my verses
You’ll find a deeper message
Been this way since my preconception (Uh)
Before a lethal weapon (Yeah)
Before I would tour Jarad Higgins (Uh)
Before I was trippin’
Before I exited mental prisons
Before the auditions, y’all lost faith
I use you niggas as bait, okay, that’s law eight
Belief in myself, that’s raw faith (Hmm)
I been seen through y’all moves, okay, that’s spygate (Uh)
I love to gamble with high stakes and learn from every loss that I take
My mistakes are beautiful
Twitter nigga in a office cubicle commentatin’ on Black music, how foolish
You must’ve just skimmed through
Uh, how could you relate to it?
The type of niggas I hate, uh
Worldwide tours, I be filling rooms (Real)
I do it for the kids that be feeling doom
Uh, pills and shrooms all still consumed
Pitchfork writers born with a silver spoon
This that heat seekers for the deep thinkers
I might take a trip to LA Leakers (Uh)
I might press the button to end discussion of who’s the best
Under twenty-five, and lay that conversation to rest
Even under thirty, I was young and dirty, gettin’ money early (Uh)
Hickory Hill apartments, one bedroom
One bed shared with four people, no legroom
Futon couch, my mom and little bro could vouch (Uh)
Hard times maketh man (Real)
I was fifteen takin’ Xans
Droppin’ mixtapes and creatin’ plans
Manifestation, God’s creation
My step pops was in the nation, learn moderation (Uh)
Learn discipline, no Christmas gift
We was like, “Fuck Saint Nicholas,” my flow ridiculous
Time is limited upon this Earth
Before the death and after the birth
From a bird’s-eye view, my third eye grew
For sure, I knew I was destined to do this shit
January fourteenth, coming sooner than expected
My mind is hectic, thoughts eclectic
Times I felt disrespected by the genre I love
Uh, fuck you niggas, only God can judge
January fourteenth, From a Birds Eye View, I’ll reassure what you already knew
On January fourteenth

Okay, cool, uh
This is for back in the days
Before accolades, packin’ the stage
This fame shit was a slap in the face
Couldn’t fathom people I idolize, rappin’ was fake
Imagine the weight you carry from having information that could bury ’em
I’d rather not say
Continue to give you the real from an act you replace
They kill niggas just for speaking the truth
A hypothermic nigga could heal from all this fuckin’ heat in the booth (Hot, hot, hot, hot)
The season of reapin’ the fruits that I labored for
A work man is worthy of his hire
I’m only inspired by legacy and early desires
I’ll admit it, I’m far from perfect
I’m shallow, but far from nervous
I get a dopamine spike for every car I purchase
What is the truth? My nigga, we all are searchin’, uh
One-fourteen, the album is soon to come (Uh)
My future set in stone, my peers, I fear none (Never)
Straight up off the Lear, it’s clear I’m tier one (Haha)
Your favorite artist’s catalog just tears my eardrums (Stop)
Please, stop the comparisons, God, it’s embarrasing
Straight out of Maryland
It’s not a sprint, it’s a marathon
My nigga Cam told me it’s time to take over (Uh)
My nigga Ian styles and drives a Range Rover (Skrrt)
But fuck that, right back to it
This the hijack music
Your style more common than Iraq shootings (Fah)
And nigga, don’t want war with me, you not that stupid
Black Air Forces, my energy attack their sources (Kill)
I could diss the whole rap game and fill it with corpses (Boom)
And shout-out my nigga 3 and Curren$y, still in New Orleans (For real)
I can see a war is coming, this feeling’s enormous
It’s time to kill these niggas, man (Ooh)
Let’s go
My catalog’s flawless, your last album was garbage (Wack)
My competition’s shooting themselves, happens too often (For real)
My only regret was I couldn’t dig up your coffin
From a Birds Eye View, I’ll reassure what you already knew
One, two, three, four, five (Ah)
I’m the best rapper under twenty-five
And this ain’t sayin’ much, it’s no surprise
But they don’t give you your flowers ’til you die
Fuck your first week sales predictions and your failed conviction (Uh)
Free my nigga Mac and Simba up in the prison (Free Sim’)
Rest assured, soon, all of my niggas is winnin’
This is just the beginning
Motherfucker, I’m comin’

Cordae Amari Dunston, known mononymously as Cordae, is an American rapper, singer, and songwriter. Cordae gained popularity by releasing remixes of popular songs, such as “My Name Is” by Eminem, and “Old Niggas” which was a response to the song “1985” by J. Cole

Check Out Next Lyrics by Cordae “Gifted” is a song by American rapper Cordae featuring rapper Roddy Ricch. The song was released on August 27, 2020, marking Cordae’s first release of 2020, and the first after dropping the “YBN” from his name. “Gifted” was released a day after Cordae’s 23rd birthday, and features uncredited vocals from American singer Ant Clemons. 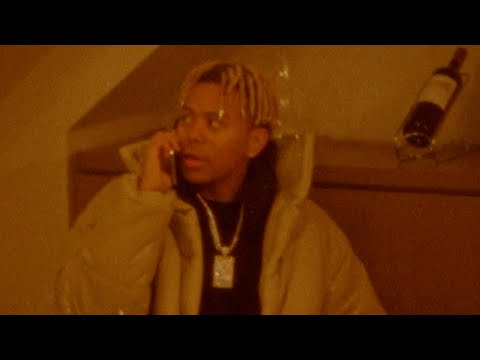