Hahaha
You know what I’m sayin’? Look
We gon’talk our shit on this one (Talk your shit)
Kirk Knight on the beat, keep my cypher complete, look
(Complete, look)

Forty K for the Rollie with the leather band, no time to parley
Life is too short, we came a long way
From pissy hallways to court-side up in Barclays (Yeah)
Stuntin’ is a sport, the way I’m ballin’, we could all play (Ballin’)
My cup overflowin’, I’m feelin’ fine in this Chardonnay
I dropped seven bands in Rick Owens, it was a calm day
Prices lookin’ like a zip code, I switch zones when it get cold
So they gon’ have to throw they shade from far away
I brought it in, walkin’ with your broad down Broadway
Skip the foreplay and brought her back to where the Don lay
It’s Brooklyn, get your chain tooken lookin’ like entrées
Parted in my origin, get your troops, call ’em in
I gave ’em fair warnings
I’m up late nights and early mornings
I got a little buzz, I can’t afford to miss my callin’ now
Be the first to arrive and last to leave
Dropped out of school, still voted most likely to succeed (Ow)

Said I do this with the ease, I collect my fees and then I breeze
Neck on freeze like it’s below thirty-two degrees, check my steez
Hold up, nigga, nigga, nigga (Please)

Look, off top for the speculation (Yeah)
If rap was a stock, I have a hundred million in evaluation
A hundred thousand hours and you niggas only master masturbation
Y’all some pros at procrastination (Hahaha)
I tax those who act slow, never had patience (Never had)
My cat flow got you fat souls in fascination (Haha)
I made her make it clap, then I told her “Congratulations” (Yeah)
You fuckin’ with the realest cat since Larry David
Curvy enthusiast, it’s Laquesha from the black lagoon, snatch your jewelry ass
Most niggas really pawns when you wave the toolie at em’ (Boom, boom)
Could’ve made the Goonies clap
But masked up like MF DOOM, don’t know what truly had (Rest in peace)
And firstly, all my wolves is blood thirsty (Yeah)
Ready to shoot from mid-range like they James Worthy
Don’t let them niggas try to hurt me (Try)
He gon’ see some bloodhounds, some blue flags
Duck down or move fast and push your own kuf’ back, nigga

Said I do this with the ease, I collect my fees and then I breeze
Neck on freeze like it’s below thirty-two degrees, check my steez
Hold up, nigga, nigga, nigga (Please)

I can show you how to get lit and don’t blow it (Uh)
‘Cause when you really start gettin’ rich, ain’t gotta show it (It’s right)
Lifestyle golden, my nigga, now that’s trojan (Facts)
Only magnum rounds when I bust and explode ’em
Eight figure nigga, so I’m always gettin’ chosen
Middle of the summer, my ice is still frozen
I try to show these niggas the roast, they let it choke ’em
I got sick of playin’ with niggas, I started coachin’ (Yeah)
I ain’t worried ’bout y’all hands, ’cause y’all jokers (Right)
Hit the Royal Flush on niggas, ain’t talkin’ Poker (Right)
Actin’ like my shit don’t stink when it’s supposed to (Right)
I’m laughin’ on my way to the bank, I’m in that Rover (Haha)
Bitch, watch that drink on my couch, look, here’s a coaster (Here)
Had to cut back on my toast, get fully focused (Focused)
Cadillac came with a toast, it’s fully loaded (Blah)
Ten years killin’ this game, I’m really goated, nigga (Fuckin’ goat, nigga)
I’m the motherfuckin’ greatest, nigga
I know you hate it, nigga (Yeah)
Most underrated, at least they ain’t never underpayin’
Haha 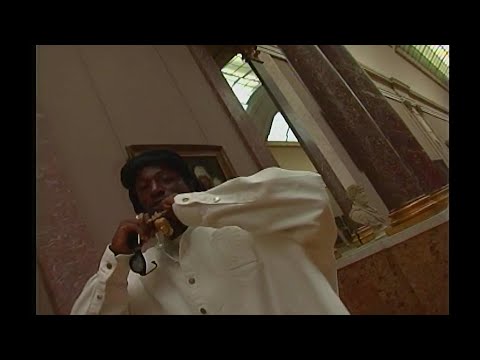