Fuck, I keep seein’ this guy
I’m sick of this kid, bruv
I fuckin’ hate him bruv, so annoyin’, dickhead
You know what it is? It’s like— hah

What a loser, when’s he gonna lose?
How much more is he gonna do?
Why’s he always got a point to prove?
Like (Pfft), have you seen the way he moves?
Bruv, he’s gonna lose soon, he’s a loser
Boy, I can’t wait until he lose, fuckin’ loser
Anyone could do what he do
I could be in his show, it wouldn’t be an issue
Everybody needs to move on from this shit, you a hater
Always winnin’, like, when’s he gonna lose?

Who gassed this kid to think his tracks are sick?
Give him plaques and shit, and let him mack, so lit (Prick)
He wouldn’t have no chicks without that blue tick
He ain’t bad, he’s a prick and he’s five foot six
Always breathin’ down the mic’ every time he spits (Ah, ah)
Proper cringe to my core every time he talks
Kind of kid who robs stores back in primary school (Tramp)
Little BTEC Aitch, at least Aitch is tall (Ha)
He ain’t won no awards, can’t wait to see an end to him
Imagine bein’ friends with him (Fuck that)
If I was his mate, I’d tell him straight, “You ain’t meant for this” (Nope)
You’ve had your little shine, now, you should make amends with it
Gettin’ on my last nerve
He ain’t got bars, he just parties in glass birds
Flies ’round the world first-class

Little one hit wonder, extra small jumper
How the scene let him cut through is a blunder
Chavvy as they come, bet his missus is a munter
And he only blew from the magic that his mum done
Only went viral ’cause of the TikToks
Can’t afford a bust down, look at his wristwatch
He ain’t got drip, that’s why his top’s always ripped off
The skinny little twig, he should be keepin’ that shit on 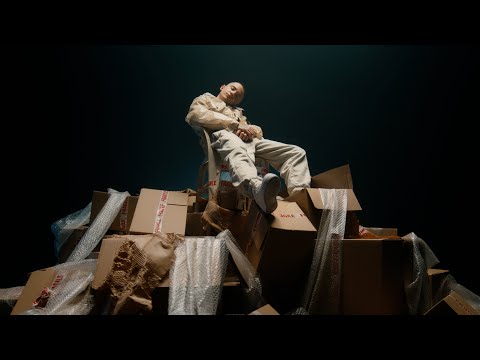