You’re not making this easy, Kyle

Heard they tried to take me as the nice guy, nice try
Double A twelve, pulled up, turned his block into Five Guys
I got hippie guns, gallery department tie dye
Real life spaceships, we ain’t livin’ sci-fi
I can tell she wanna fuck doin’ all that side-eyein’

You try and take a half a dollar from me, you gon’ die tryin’
Off an oxy hittin’ stains, bitch I feel like Billy Mays
Million dollar game, yeah I’m the king, I’m in my gilly phase
I’m the shit like Mr. Hanky
Shoot the .38 with both hands, the trigger janky
Hangin’ out the window if it’s issues, I ain’t goin on a rant
Two grams short of half in the slabs, Za Morant
Scratchin’ opps off the list, that shit like stompin’ ants
Shit, I knew the brick was fake, shit ain’t even got a stamp
Mountain Dew on lava lamp, if he high, ain’t gotta camp
Number one contender, put me in the ring, go drop the champ
Lil’ brodie manned up and volunteered to hit the ten
One hoe getting boring, tell that bitch to bring a friend
Serenede jeans stack, these are not no RTA’s
Fuck a ARP, I pull up, clear the scene with RTK
This life shit up and down, kinda like a see-saw
Aston Martin with the horses, pull off in the yee-haw
Throw your album in the dumpster, that shit sounded weak sauce
Every cart of the day, I can’t take no weeks off
Every day of the calendar
I’m pickin’ up what you put down like I got scavenger
I ain’t got no shame in my game, Frank Gallagher
Why they count me out? I shot the work, supreme chancellor
Hundred in the clip, twenty-five each, ’cause he ridin’ around with three passengers
Shit, R.I.P. them
Put a band on his head like he Big Ben
Could’ve put a hundred on him, shooter owe me though
Him Duncan, face card hot, San Antonio
Jerome Bettis, what you gon’ get that Rollie for?
Doggy barely steppin’, what the fuck you got, some polio?
Toronto shows sold out, we look like OVO
Loubie’s they don’t [?], cut it with the bullshit
I ain’t even have to aim with this full clip
Drop a fifty in this shit like the new LUCKI
Cut the traction, this bitch spinnin’ like a dune buggy
High as hell, my juice muddy
2017, the scam page was catching imbeciles
All the hate you doin’, try to meet me at the pinnacle
The baddest kid in school, now I got more pape’ than my principle
(ShittyBoyz, DogShitMilitia, you know what the fuck goin’ on)

Heard they tried to take me as the nice guy, nice try
Double A twelve, pulled up, turned his block into Five Guys
I got hippie guns, gallery department tie dye
Real life spaceships, we ain’t livin’ sci-fi
I can tell she wanna fuck doin’ all that side-eyein’ 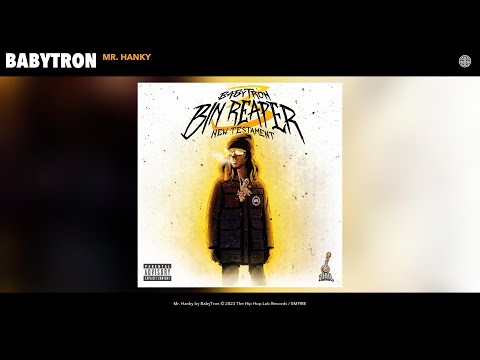