Ah
Yeah, let’s go, let’s go
Black Soprano Family, huh? (The mob, nigga)
We the biggest in this shit (We the biggest)
Me, Rick, Heem, Camino
Ah (We’ve been settin’ the tone)
My nigga Base, Loveboat (I’m from Connecticut, Eastside Buffalo in this bitch)
You know, all my niggas (Ayy)
Yeah, The Butch’, nigga

Ain’t nothin’ I have regular, brick and a half measurer
I turned a hefty garbage bag to a cash register
And with a little luck, I put them digits up, grindin’
I’m puttin’ pictures up, shinin’, rockin’ emerald-cut diamonds
T.D. Jakes in the kitchen, GTA when I’m whippin’ (Skrrt, skrrt)
Crash that, jump in a new one, an easy day for a nigga
Y’all gossip like Ricky Lake, y’all wishin’ hate on a nigga
Don’t fit in lanes with these rappers, I’ve been done sprayed on a nigga (Brr)
When you get in the streets, don’t lay on pillows and speak
Loyalty calls, don’t expect it from niggas who cheap
And little do he know, I’m a wolf to a little sheep (Big bad wolf)
Heavy bars, and got a style so hard that it chisel teeth (Ah)
We both in love with white girls, how about that? That’s ironic
I put him on digi’ scales, he got a tat’ of Madonna
No emblems on that big body Benz’, knew that I got her
So my old-ass next-door neighbor think that’s a Honda (That’s a big body, nigga)
It’s two type of leaders, you could be Bush or Bill (Either one)
And only see half the picture like Bushwick Bill
I’m Mike Jack’, smooth operation off crills (Hee-hee)
Now a nigga makin’ that lil’ shit off reals

I hear you niggas speakin’ blasphemous, shit spread, like a pathogen
The whole time, your career got an asterisk
My next move need a half a M (That money)
That’s establishment, throw that shit far as a javelin (Fuck outta here)
My Black Soprano piece a talisman (That BSF)
VVS’s on it battlin’, I’m up for any challenges
You try to take it, you a casualty (Yeah)
Shoot it casually or the switch’ll make it sporadically (Brr)
Come to Buffalo and see how we rockin’
They ain’t even wanna consider us, but now we the topic
I was really in the trenches, tryna make me a profit
I’m talkin’ bundles for the egg, moulds of pounds for the locket
With no sponsor, I still got my stripes, like Monster
Now niggas just look good next to great, Smush Parker (Yo)
Come get some, I’m givin’ out work, James Fonda (Yeah)
I put you in a blender, like ingredients at Jamba, mother— (Yo)

These niggas know they can’t fuck with us, so they been tryna join a team
This shit like snowfall, starrin’ Butch’, me, Hyde and Heem
Durin’ role-call, I had your bitch behind the scenes
And the whole time, was gettin’ rich behind the scenes
To you, this large money, to me, that’s small things
To them, it’s a house payment, to me, that’s just a ring
Shit, flooded the Cartier, ’cause I felt like I needed bling (Bling)
Youngin deserve a Grammy from lettin’ this chopper sing (Uh-huh)
Shorty like Maxwell, he passin’ pretty wings (Yeah)
Dumpin’ off max shells and handin’ out chicken wings
Double-R or the Lamb’? Fuck it, don’t matter to me
And that bitch don’t sing, but she look like SZA to me
She might be your best friend, but she ain’t no sister of me
Why y’all out there, contractors? That bum ain’t richer than me
I be in a mansion with a gun that’s bigger than me
But when I pop out, niggas don’t want no issues with me
And that’s my word, my word, my word, my word (They know)
My word (Hahaha)

I’ve been on a dirty mission, dear God, I seek forgiveness
I came to kill the game for the throne, you be my witness
I had a wishlist (Uh-huh), for some bricks and all the riches
It’s Black Soprano Mob, not a gang, we be the biggest
I wore to whip it, baseheads, he need to fix it (He need that shit)
Beamin’ up the scott’, now he stuck, his jaw twitchin’
We raw pigeon, grab the pots, we in the kitchen
They know I trail-blaze for the team, like Rod Strickland (Nigga)
I’m God-gifted, hit his chest, his soul lifted (Oof)
Them BSF diamonds VS’, we gold trimmin’
I told niggas (I told you niggas), turned it up and showed niggas
Ask them oldheads who be on the East, a cold nigga
I’m ‘0 Jigga (Uh-huh), spendin’ cheese, a big pimper
Then niggas looked up, seen Heem, the big dipper
The quarter-bricker (Yeah), half man and thirty-six’er
Made the oil lock from the soda, we gram shiftin’ (Get that shit, nigga)
Fork clickin’ (Yeah), water runnin’, we shock-stiff it (Woo)
And I just got the key to the street, I’m locksmithin’
This Glock clickin’ (Brr), .33, like Scott’ Pippen
I got some niggas do it for free, but still tip ’em (Where you go though?)
I still risk it, price right, I still flip it (All that, nigga)
The county gettin’ head in the office, like Bill Clinton, nigga 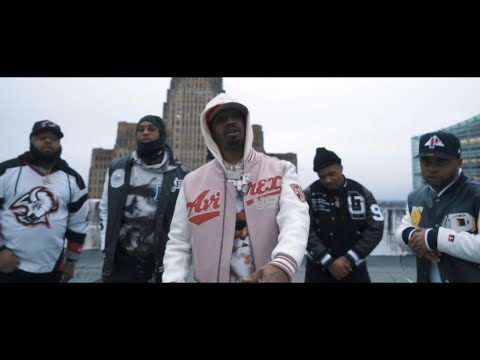