On my jet because I’m rising slowly now
That bitch ain’t no saint, so why she acting holy now?
Flexing with that gat, but if I ask can you show me now?
And yo’ hoe gone as fuck ’cause like a damn fan she blow me now
Yo’ bitch say she love me, yeah bitch mkay
I step into her life and now that bitch (Mm) gay
She probably don’t fuck with you ’cause you still buy her MK
Hit the mystery box and guess the gat (Mm) ray
Making so much plays right now, a nigga feel like Duwap
Robbed the plug for that QP, go head just take yo’ shoes off (Yeah)
Step up in that pent’, that hoe already took her shoes off
Red beam at your fucking nose, a nigga look like Rudolph
Green beam at your body, now that nigga look like Shego
Sucking on cucumber, so I know she got a deep throat
Subbing me on IG bitch, sub ’bout this fucking peephole
Sipping so much Wock’, I pour this bitch in a Tampico
I don’t trust these niggas, so bitch come alone
And I don’t trust no nigga who can’t been his own
Still don’t need no motherfucking king on my throne
FN to your body, now you motherfuckin’ thrown
She asking for the blunt, she got me motherfuckin’ thrown
And bitch I face the ‘Woods until I’m motherfuckin’ flown
Bryson Tiller say she love me bitch (Mm) don’t
Saying you gonna shoot that in real life you won’t
Beefing over IG, yeah they beefing over posts
Out of all you niggas I think I like me the most (Okay, yeah)
(Yeah, yeah)
Out of all you niggas I think I like me the most (Gang) 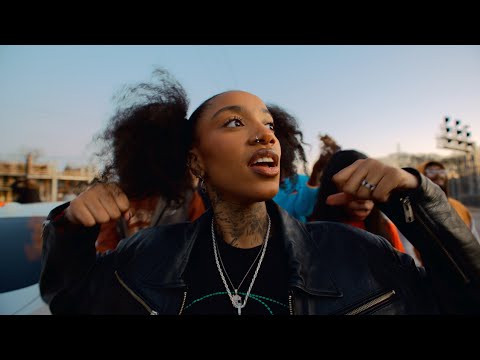