(Yoshi) I’m not jackin’ that bro
(Yozora)
Bro, stop touchin’ me bro
Word to my dead, stop- (Zi)
Grrah, like
Every opp shot
Grrah, like, like
Grrah-grrah

OY-OG, they spin through the eight
See Nesty, aim for his face
Still wit’ the .40, I love for the tracey
Started runnin’, we clickin’ the pace
Been a whole year since Lotti got wacked
RPTK, tell ’em niggas, “Get back”
Say you spinnin’ that shit is just cap
‘Cause they know where the O’s lay at
Run up on me, yeah, I’m quick to attack, like
Ddot my brother, you know he can’t lack
BlockWork a bitch, and we know you a rat
On bro, I ain’t givin’ no dab
Citizen what? Put his ass on the app
That’s the reason I’m totin’ my strap
Niggas be switchin’, puttin’ opps in the pack
That’s the reason I’m totin’ my strap
Yeah, that’s word to my dead
I see an opp, put one in the head
Shorty on her knee, she throwin’ the neck
Spinnin’ through the 2’s, yeah, I want them dead, like, what?
SevSideK, tell ’em niggas, “Suck my dick”
Y’all ain’t smokin’ on bro ’cause I’m smokin’ on Rippy
Kay wit’ the Flock, tryna make him a spliff
Grrah, grrah
Every opp shot, catch a Gunna, he popped
Catch a Flocka, his ass gotta drop
But if I catch a Vato, get beat out his socks
Smokin’ JB and I can not stop
Rah Rah kickin’, this shit hurt a lot
Me and Notti gon’ spin wit’ a chop
If the gun jam up, he get beat wit’ the knock

Fuck JayRip, he got sent to the top
Free [?] and send him to Wvttz
Before you was lined, Nazzy died in ya’ block
Spin through the two, got the knocks in my sock
Act like I’m running, then lettin’ off shots
Me and DD gon’ spin through the 8, hang over gates and let that shit spray
Rah Rah got hit in his brain
Chii had died, they ain’t do a thing

That’s a fact, yeah I know I’ma kill
Better kill when we totin’ the grip
I know I won’t lack, can’t go out like Rip
13 his ass got spliffed
DOAK and I’m smoking y’all Crips
G buggin he punchin’ this shit
ReyWayK, yeah I wasn’t on shit
But if I catch a Flocka I’m dumpin this shit

Ayo DD, just geek
Like yo Notti, just tweak
Spinnin’ back and we spinnin’ on V
He tried to run, and we flockin’ from deep
What he doin, for his block?
Word to my motha’ don’t fuck with the cops
Them niggas mixy get beat with the knocks
Cblu a kid so I’m uppin the chop
Nazzy, Rippy, JB, Blay, All them niggas in a box
Fuck that ’cause I been on hots
I rock the beam, and it came with a Glock
Keep clickin’, click don’t stop
I see Lil Kay Kay I’m uppin’ the chop
Keep clickin’, click don’t stop
Smokin’ on Jay he got hit in the top
Don’t forget that we smokin’ on Lotti
Dumb lil man got poked in the body
And we smokin’ on Rah he got left in a uber
6-0 but I fuck with my movers
He tried to run but we bussin [?]
Spinnin’ the 2’s might spin on a scooter
JB got put on a shirt
How many opps got touched in the dirt
Dumb bitch got shot they hurt
Fuckin’ this bitch, might fuck with her skirt
I’m a youngin’ you know I’ma flirt
So if I gotta shorty, I’m making her squirt 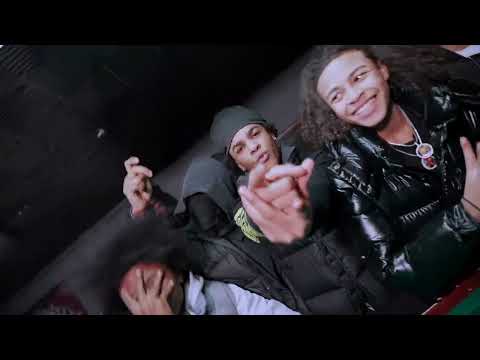