[Old NF (New NF):]
What, are you scared of me? That’s embarassin’
If it wasn’t for me, you would’ve never wrote Therapy
I’ve been here for you, but how come you’re never there for me?
It’s a little bit twisted, but I miss when you and I had scary dreams
(I don’t really wanna talk about it)
Well, that’s too bad now, Nate, shut up!
Now where were we?
Way back in the day when
You and I had it all mapped out in the basement
Cryin’ in your room like a baby
(“I wish mom was here”)
We all do so we wouldn’t have to hear about it
Every single record you don’t really wanna change me
Yeah, I’m the one that made this happen
Do you really wanna get rid of your main attraction?
Let’s pack our bags and go back to Gladwin now
Yeah, it’s time for the third record
And you know I got the content
I don’t wanna make you nervous
But it ain’t like it used to be
We got a lotta people watchin’
You told me that you don’t want me in your life, that’s pretty hard to digest
And I told you I’d leave when we die, and we ain’t died yet
Therapy Session was beautiful, Nate, but I’m wonderin’ what’s comin’ next
Yeah, get that stupid hat off of your head when I’m talkin’ to you, you hear what I said?
You don’t like the prison I built you?
Yeah, you wanna know what the funny thing is?
You keep on talkin’ to me like a stranger, but we’ve been together since you were a kid
Took us from a no-name
Told you everything was okay
Now you tryna cut me out of it like I ain’t never been a part of it
I am the heart of it, I made this whole thing
Yeah, I put us on the dope stage
You must have no brain
What’s the point of having guns if you can’t aim?
What’s the point of having blood with no veins?
What’s the point of having love with no pain?
What I’m sayin’ is me without you doesn’t make any sense
I know I’m intense in controlling, but you need to learn how to cope with it
That’s just the way that it is
If you didn’t want me to live in your house, you shouldn’t have let me move in
It’s comfortable in here and I like it, I got my own room and everything
It don’t get better than this!
You say you wanna own your life, then wake up and take your own advice
You just mad ’cause you know I’m right
Yeah, I’m flattered you put me in Mansion, but you should’ve told ’em right
‘Bout your hands on the coldest nights
You didn’t tell ’em ’bout the times you and I used to hold the mic
I mean, what are you, outta your mind?
‘Cause both of us will be, come on, let’s go outside!
Is this what you wanted?
Both of us out in the open? Let’s do it then
I mean, why are you doin’ this?
I know that you’re mad, but I’m not in the mood for this
We got a record to drop
So why you actin’ like I’m not a part of it?
And where is my shovel at?
(Prolly all back where it always is)
You can’t get rid of all of me
I’m the reason why-
(Nah, shut up, I don’t wanna hear another sentence)
Hell, man up, is it me or the fear talkin’? What a dumb question
Yeah, it’s real music ’til the day we die, right? Yeah, ain’t that the slogan, Nathan?
(Thought I told you to keep your mouth shut)
I mean, so what? You know I never listen
Let me guess
We gon’ dig a hole, kill the track, and prolly put a beat in it
Rap about it for like three minutes
Ayy, that’s pretty deep, isn’t it?
Wait a minute, you don’t really think for a second that you’re puttin’ me in this?
(No, of course not, just a lil’ deeper then we’ll go inside and we can stop diggin’)
Woo!
You had me scared for a second, I thought we were diggin’ my grave

[New NF:]
We did, what, you don’t like bein’ afraid?
It’s a dose of your own medicine
What, you don’t like how it tastes?
My therapist told me don’t bury my issues, but I’ma be honest, man, I’m feelin’ great!
I think it’s only right we go back to where you were created
I wrote a song for Jonny without you, but he ain’t gon’ like it, let’s see how he takes it
He prolly don’t even remember us, does he?
I wish I was buryin’ anger, but both of us know I’ma need him for that song, he still lives in the basement
Almost done, shoulda done this a year ago
I don’t know why I waited
You know how I get it, I put everything off of my personal life, you hear what I’m sayin’?
That was a joke
Yeah, it’s hilarious, ain’t it?
You’ll spend the rest of your life in my backyard or back of my mind, depends how you see it
Put the shovel away, time to go back in the house now, you’ll be out in a week
Tellin’ me you want your room back, that’s funny, what, you ain’t got nowhere to sleep?
I’ma just look out the window and laugh at you, this is crazy to me
‘Cause I thought you had me in prison this whole time, but I’m the one holdin’ the keys 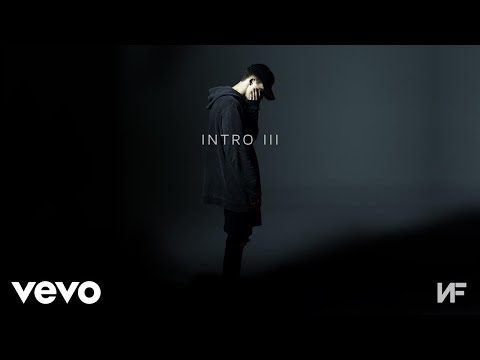